With Germany safely through to the final of Euro 2008 (how do they do it every tournament) and due to face the flair side that is Spain, conversations in bars and clubs across Europe and indeed the world are now focusing on who is the tournaments top player.

Whilst, in previous years, these arguments may have stayed between friends and family, this time round Euro 2008 sponsors Castrol are offering fans a chance to have a say as to which player will be crowned as the best.

Fans will be given the chance to nominate three players to be put forward alongside three choices from the Uefa Technical Study Group (TSG). The TSG will then make their selection based on this final list of six.

However, fan opinion will also be combined with subjective analysis. Players will only become eligible to be voted for once they enter the top ten of the Castrol Performance Index (CPI), a player ranking system which uses positional, speed and distance data provided by the Uefa Tracking System combined with data on player actions to create a definitive index of performance.

Voting is taking place now at www.castrolindex.com and the final winner will be announced after the Final which takes place on the 29th June. 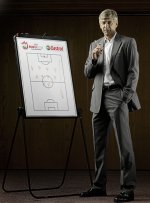 Castrol ambassador Arsene Wenger is backing Michael Ballack: “So far for me Michael Ballack is the most influential player in his team. I like the simplicity and efficiency of his game and the fact that he works very hard for his team. He makes final balls, good passes, he makes the difference in midfield when it’s needed and when you need him to score a header, he’s there as well. So you can’t fault him.

“I’m happy for him, because he didn’t always get the respect he deserved when he played in Germany. He leads now. He was quiet for a long time. I felt too quiet. He was leading by example but not with his communication. It looks like in this tournament he is leading by both.”

If you agree with Wenger (and as it stands he’s backed up with the statistical data as we reported on Footy Boots yesterday) you can support his selection, if you don’t, you can nominate your own choices.

Footy Boots will publish details of the vote at the end of the tournament. Watch this space.

Written By
Felipe
More from Felipe
Want to know how the new adidas Predator Absolion stacks up against...
Read More