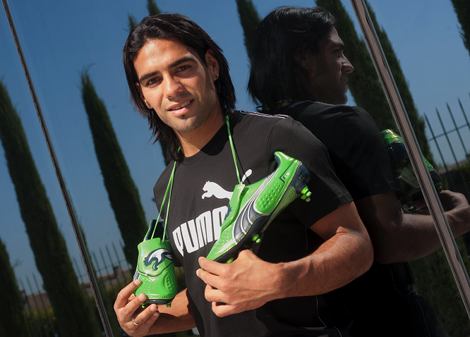 Atlético Madrid’s record signing has chosen to wear the Puma v1.11 Speed boot in the lead green colourway, though this weekend opted for the 150g Puma v1.11SL for their away clash with La Liga Champions Barcelona.

Puma have already confirmed that Falcao will be a ‘top-tier’ asset to both the Puma stable of and football boots their sports-lifestyle range, which we’re sure has something to do with his good-looks and considerable social-media presence! 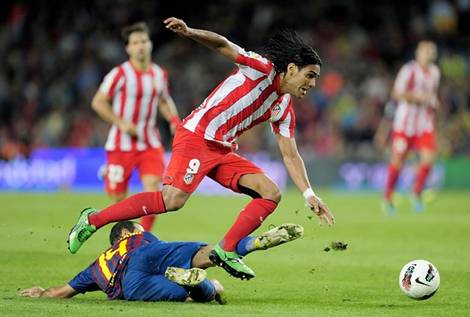 Falcao had previously played in blacked-out Mizuno football boots, even during his time at this Summer’s Copa America, so Puma were likely a number of brands competing for the former River Plate man’s signature

With his pace, skill and trickery, Falcao has made an explosive start to life in Spain’s top flight – scoring five goals in four games already this season, undoubtedly something that Puma will be keen for the former Porto striker to continue.

“I have made two great moves this past couple of months, one to Atlético Madrid and the second to sign this partnership with PUMA.  Both are big steps towards moving my career forward and achieving my goals.