Big football boot launches don’t come much better timed than this: the day the PUMA evoPOWER 1.2 drops, two of it’s lead faces could go toe-to-toe in a Cup semi-final.

And whilst there’s no guarantee that Cesc Fabregas and Mario Balotelli will both be lacing up their new football boots at Stamford Bridge tonight, PUMA have at least seen to it that we can watch them face off in their new spot for the evoPOWER 1.2.

Facing off in a dead-ball challenge hosted by Thierry Henry, the Chelsea and Liverpool players take their new wheels for a spin, testing their power-and-accuracy.

As the game’s difficulty ramps up, the competition takes a bit of back seat as the two international stars look to pull of ridiculous trick-shots. 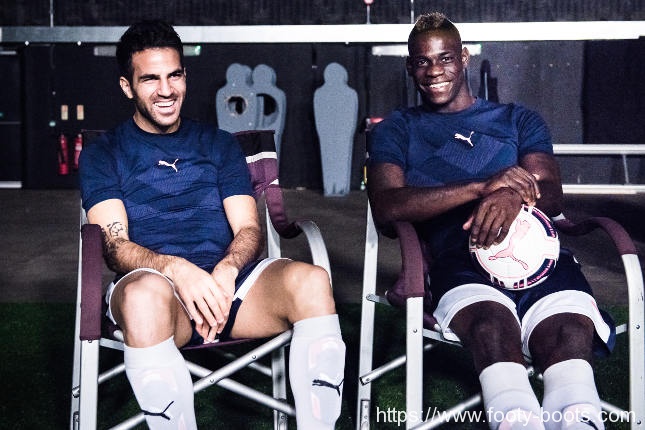 Definitely one of the stronger efforts we’ve seen from PUMA in the last few years, there’s a good vibe to this video – showing off the aspects of the boot’s design commendably.

Thoughts on the PUMA evoPOWER 1.2 Spot?