The rise of the 5-a-side multiplex and other commitments on weekend mornings have seen the number of players (male and female, young and old)’  move away from the ‘purest’ form of the beautiful game, in recent years.

So, the FA have started a new initiative to show people the fun side of 11-a-side football – and recruited Soccer Saturday favourite Chris Kamara and Premier League stars Peter Crouch, Jermaine Defoe, Gareth Barry and Shaun Wright-Philips to help them do it! 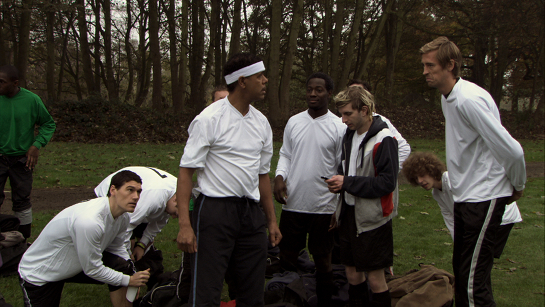 The film opens with Kamara preparing his kit ahead of the big game. As he turns his back to put on his boots his favourite item of clothing – the lucky jock strap – is stolen from his kit bag by Peter Crouch without him realising (Now there’s a sentence I thought I’d never type!!).

Thinking the culprit is Jermain Defoe, Kamara chases after him but fails to catch the speedy Spurs striker. 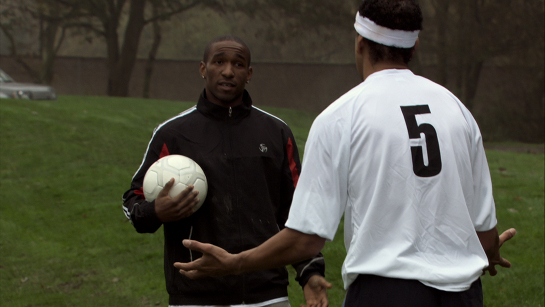 Chris Kamara said: “I had so much fun making the Lucky Jock Strap film with Crouch, Defoe, Barry, Wright-Phillips and the rest of the guys. It’s great that The FA is taking the 11-a-side grassroots game seriously as it’s where it all started for me.

The banter and team spirit that exists between players is all part of the enjoyment of the game. I hope this film helps to inspire those to take up or continue playing 11-a-side football as it’s a great way of having fun with your mates.”

Here at Footy-Boots, we’re thrilled to bits to see the FA encouraging anyone who’s got nothing to do on a Saturday or Sunday morning to get up and get their football boots on and join a team.

What do you think of the Ad? Or more interestingly, if you’ve stopped playing 11-a-side recently; why did you stop?