Heading down to Wembley this weekend to watch Manchester City take on Stoke City? Well, you’ll be more than just seeing a historic moment in your club’s history… 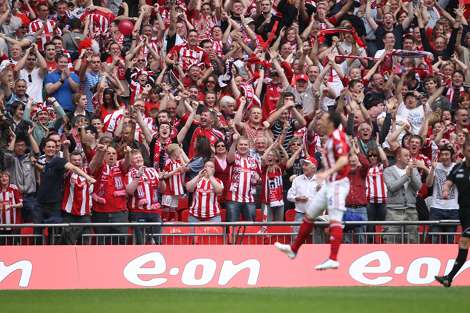 …You’ll be part of one as Wembley becomes the venue of the largest ever 360'Ĺź photograph!

For the first time ever in The FA Cup˘ prestigious 139 year history each and every supporter at the stadium will be frozen in time at the showpiece final.'  The biggest ever live sporting event 360-degree photo will then be hosted at wembleystadium.com/wembley360 for fans to enjoy.

The resulting photo is set to be the largest image of a major sporting event ever taken and will also be a first for internet publishing by being taken and unveiled online less than 24 hours after the FA Cup is lifted.

Blues and Potters fans watching the final from home can visit www.wembleystadium.com/wembley360 after the game where they will be able to zoom across the Wembley pitch and feel like they are alongside the fans and their heroes at Wembley.

Fans are invited to find their friends and Facebook tag themselves on the largest live event photo from 3pm on Sunday 15 May by visiting the Wembley website at www.wembleystadium.com/wembley360 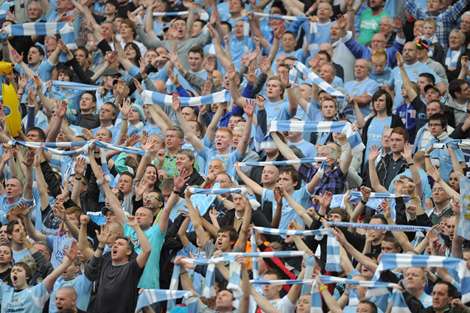 How does it work?

The shoot itself is done with a professional grade digital SLR camera and long lens, and the camera-lens assembly is itself mounted on a robotic tripod head.

The robot turns, focuses and snaps photos in a continuous motion around 360-degrees until the entire inside space of the stadium has been captured.

Upwards of 1000 individual photographs are sorted, merged and enhanced to produce a finished image that would otherwise take days or weeks to create. That and a turbo-charged computer with more cores and gigabytes of RAM than you knew could be levered into a computer make it possible for The FA Cup Final gigapixel panorama to be online the next day, ready for people to view and tag via their Facebook accounts.