Thanks to Umbro, Footy Boots can give you a sneak preview of the ball that will be used for the FA Cup final between Portsmouth and Cardiff City.

It’s called the FA Cup Dynamis and Umbro claim that it’s the most technically advanced ball ever produced. Though, rest assured, it is still speherical. No change there. For a minute, we thought Umbro had gone all ‘square watermelon’ and the like. 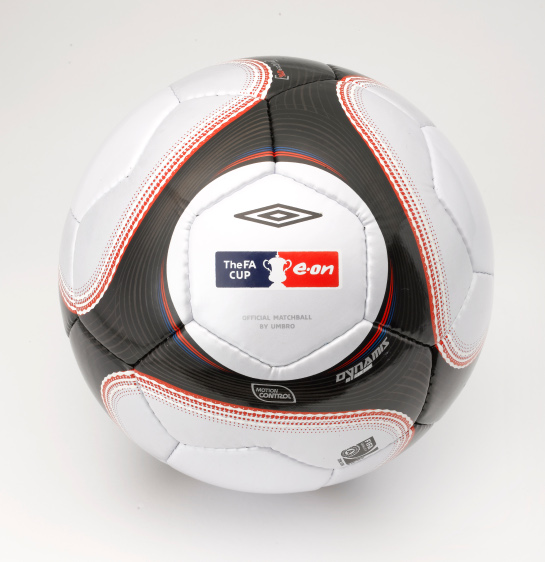 The FA Cup Dynamis ball has been in development for the last 2 years and has undergone rigorous testing in both science laboratories and on football pitches by professional players from clubs across the UK.

These tests have resulted in the proof that a new 20-panel configuration is faster than the more traditional 32-panel ball thanks to the reduced curving that the new design provides. 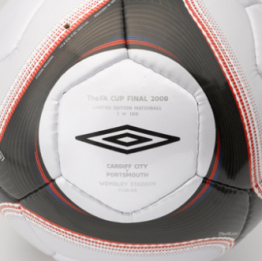 Other product innovations include a new exclusive Teijin micro fibre material providing players with a super soft touch (all defenders please note before you lump it in to row Z) and increased power through greater elasticity and stretch.

The Dynamis is also the first football to use new Tri-Ply bladder technology, designed around the premise of increasing the power and accuracy of any strike of the ball.

To commemorate this year’s final Umbro has produced 100 limited edition balls that will be used at Wembley in the game itself.

The Dynamis will then be used throughout The FA Cup 08/09 season from 1st round proper onwards.