Here at Footy-Boots.com, we’re privy to some pretty nifty bits of gear; it really is one of the perks of the job. But today we came across perhaps one of the swaggiest bits of swag ever to swag; the presentation case for the new F50 adiZero miCoach. 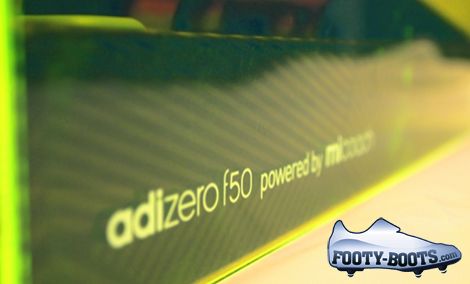 The miCoach – which co-incidentally begins to ship today – arrived in spectacular fashion at Footy-Boots.com HQ today, in a box bigger than most people’s wardrobe. 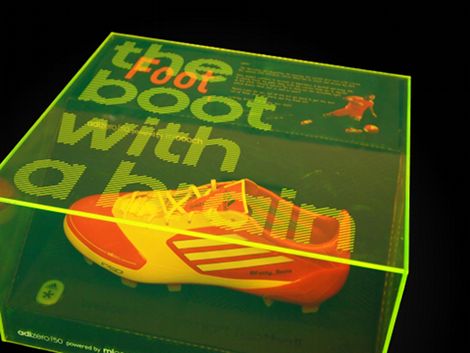 Encased within was this glowing green presentation case was one of the most revolutionary football boots ever to exist – as adidas so aptly put it on the lid – the boot with a brain. But as well as the F50 adiZero miCoach, let’s see what else adidas have packed into this release! 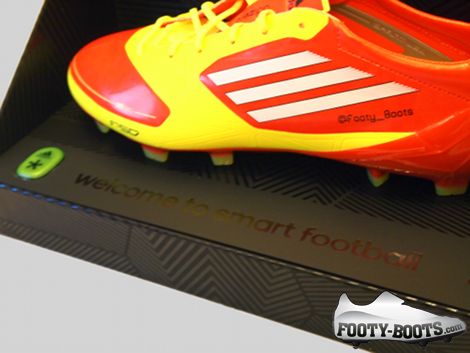 ‘Welcome to Smart Football’ says the tagline – if Smart Football is like this kit, we have a feeling we’re going to like it here! 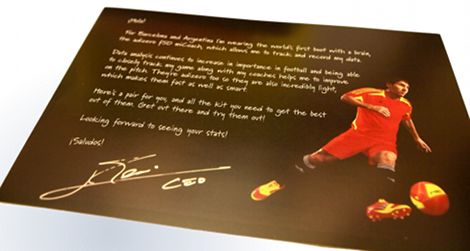 A little welcome message from Leo Messi himself! Signed personally, of course.

The boot itself, whilst not everyone’s favourite colourway, you can’t deny that is a striking look! 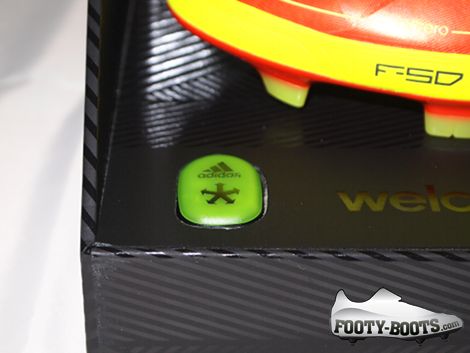 The miCoach Speed Cell – capable of 360-degree motion tracking for the most accurate feedback available to amateur players. 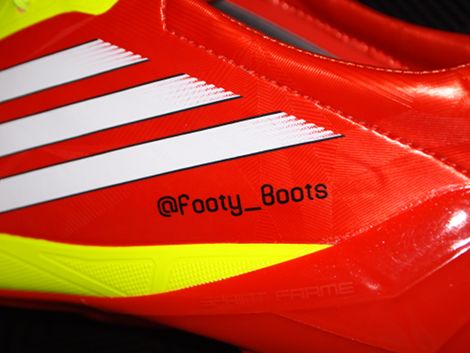 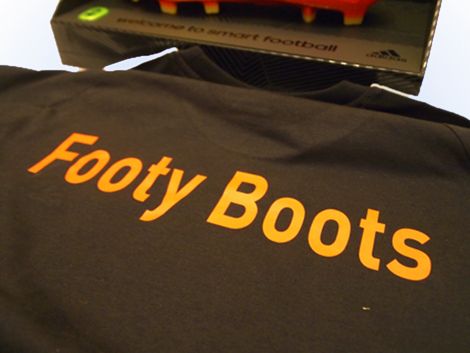 And that’s not the only personalised thing in here – we’ll have nowhere to hide on the pitch with a tee like this! 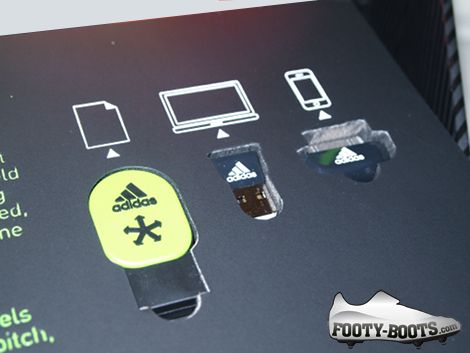 The full complement of connectivity, we’ll be able to sync our data with both our computer and iDevices. 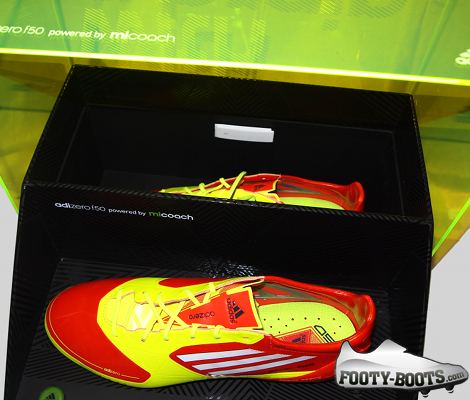 And finally we find the other boot, along with some comfort insoles.

Are you getting a pair of the new F50 adiZero miCoach?

If so, what colourway are you after?