After a new colourway for Leo Messi, followed swiftly by a stunning Black-out and White-out duo, adidas unveil their fourth speed-boot colourway in as many months with with adidas F50 adiZero – Black / Lab Lime / Metallic Silver. 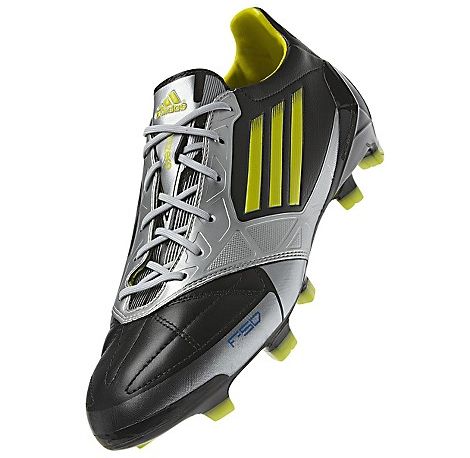 Set to be available in both the leather and synthetic version (though we’re focusing on the leather model, here) the dark adiZero – Black / Lab Lime / Metallic Silver will be set to take over pitches during the new season alongside the White / Lime / Onix, which is exclusive to Leo Messi in Spain.

A great mixture of sleek and sharp, the Black / Lab Lime / Metallic Silver is one of the more subtle incarnations of the latest F50, and will likely be a hit for those players who demand lightweight performance without standing out too much.

With a choice of Goleo or SprintSkin uppers, the F50 adiZero is one of the lightest boots around, at just 165g in synthetic and the leather version weighing in at 10g more.

Using a mixture of an external SprintFrame and internal TPU support bands, adidas’ latest are designed to offer the best support possible without increasing the weight. 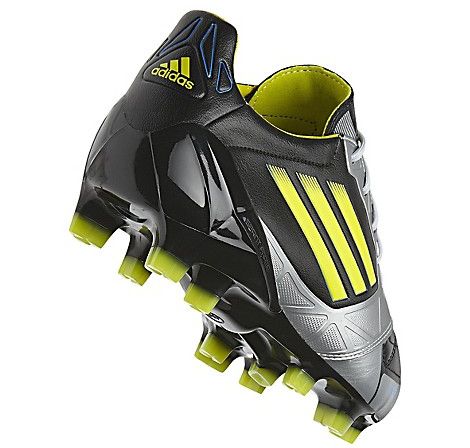 Team this with a the SprintFrame outsole and Traxion 2.0 studs, and the adiZero is one of the best-performing boots on the market, as well as one of the very lightest.

Nothing if not ground-breaking, the current generation of F50 adiZero was also the first of adidas’ football boots stable to employ miCoach compatibility.

An exciting opportunity for amateur players to get professional-level feedback, the miCoach chip tracks performance metrics to give players their distance covered, top speed, number of sprints and more.

Available from today, how do you rate the adidas F50 adiZero – Black / Lab Lime / Metallic Silver?