It’s back! That most popular of fan services – the adidas blackout – continues with these lethal-looking adidas F50 adiZero / Black / Infrared. 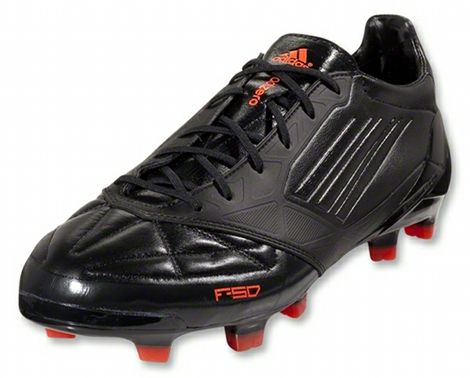 As is becoming something of a tradition, adidas like to release a blackout model of their football boots (typically at the end of their lifespan) which will not be worn by any professional players, as a means of giving fans the chance to own something like the prototype cleats worn by the professionals.

This time out, it’s the ever-popular adiZero that gets the (almost) all-black treatment in the form of these F50 adiZero / Black / Infrared football boots. 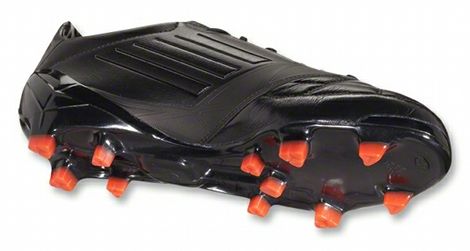 Exclusive to the Leather version, fans will likely be having a bit of deja vu to the last time adidas rolled out this colourway in 2011 – in what turned out to be one of the most popular incarnations of that generation of F50’s.

Highlighting the softness and flexibility of the Goleo leather used on adidas’ market-leading speed boot, the Black definitely suits the futuristic lines and materials used on the F50.

As mentioned, it’s likely that these boots will receive no on-pitch support from professional players, but we have little doubt they’ll find their way onto at least a few famous pairs of feet.

If you fancy a pair of the adidas F50 adiZero / Black / Infrared, expect to pay £155 when they release June 15th in the UK and $210 US when they his stateside in early August (though this date is subject to change).

Written By
Kyle Elliot
More from Kyle Elliot
The Predator LZ gets the Footy-boots.com review treatment, and a glorious HD...
Read More