If there’s one player whose transfer saga has been the talk of 2011, we’d have to give that award to Tottenham’s newest Hotspur, Steven Pienaar.

The fleet-footed South African has been in high demand from clubs across Europe since shining on the global stage over the summer, and is now ready to ply his trade in the UEFA Chempions League with Tottenham.

We caught up with Pienaar on the set of an adiZero Prime photoshoot to talk about the latest F50, the lightweight boot debate and football boots in general 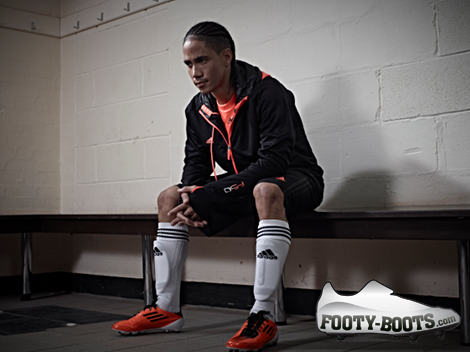 Footy-Boots: Why are the F50 series the perfect football boots for you?

Steven Pienaar: Every player can see the benefit in light boots, for me they help me with my feel on the ball and be faster with it.

FB: A lot of players were amazed at how light the adiZeros were, what was your reaction when you picked up the new adiZero Prime?

SP: I was very surprised! The new F50’s are like having boots made out of paper! I didn’t think boots could get any lighter – they’re incredible

How essential are lightweight boots to the modern player?

Important! With the adiZero Prime, it’s like you’re playing barefoot – it’s hard to explain, but you just feel faster. 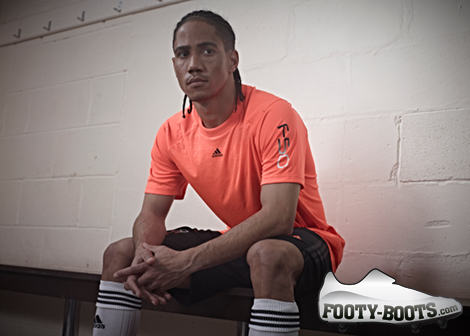 Which do you prefer – the leather or synthetic adiZero?

Leather mostly for the touch – but synthetic if it’s not raining.

Do you ever worry that football boots are getting too light and causing injuries?

I’m not worried, when it comes to boots – for me – the lighter, the better. If you get an injury, then that’s not pleasant but it’s just part of playing football, not the boots

Do you still get excited when adidas say they have some new boots for you to try?

Most of the time – for me I like to get new colours! Boots now, the colours are always so different from the previous ones!

Do you still have your World Cup boots at home?

Yes I do, but they’re locked up somewhere very safe! 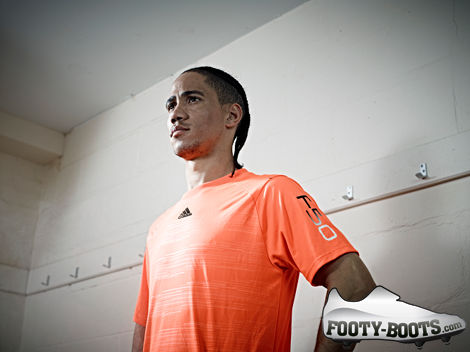 The future’s bright, the future’s orange. And Steven Pienaar. Obviously.

We bet they are! You’ve played all over the world – how does the way players treat their football boots differ from country to country?

It’s surprisingly different – in Holland you have to clean your boots ready for every time you wear them – otherwise you face a fine!

Here in the UK it’s different, you have people who will clean your boots for you – but for me I always think that if you’re the one playing in them you should be the one to clean them.

Interesting stuff! Finally – do you have any advice for young players who are looking to buy a new pair of boots?

A lot of younger players nowadays will go for boots because of their colour, they’re so exciting to look at!

My advice is to always go for comfort over colours – always!

Stay right here on Footy-Boots.com and we’ll have more interviews with Premiership stars on their football boots!