The government has rejected Everton’s plans to build a new £400 million stadium and retail park in Kirkby.
News of the government’s decision was confirmed by Communities secretary John Denham who raised concerns over the possible harmful effects on the “vitality and viability” of local communities. 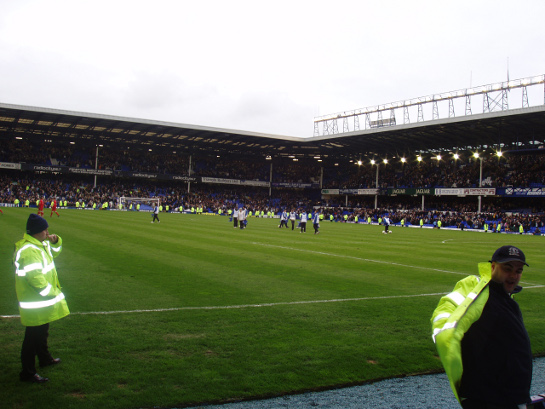 The new development would have seen Everton move from Goodison Park in Liverpool to the 50,000-seat stadium in Kirkby as part of a complex with a Tesco superstore and other shops.

But, following a public inquiry earlier this year, Denham has decided that the move would breach shopping policy which discourages major supermarket chains from taking business away from town and city centres.

The verdict could see Merseyside left out of England’s bid for the 2018 World Cup.

It was thought that the scheme would have brought 7000 jobs to the town and local MP George Howarth said:

I regret this decision in a time of significant economic challenge to Merseyside.

However, his view was not shared by the Keep Everton in our City (KEIOC) supporters group. Chairman Dave Kelly commented:

KEIOC repeatedly questioned the cost of the stadium, the chosen location flew in the face of perceived wisdom, overall this project represented an unacceptable risk to Everton Football Club.

The decision should be looked on as a positive, we have been saved from the road to continued mediocrity.

After a period of calm reflection we hope Everton have had the foresight to develop a contingency plan that all fans can embrace.