Marvel comic book artist Will Sliney has helped Umbro and Everton create the most innovative kit launch of the 2015-2016 season. 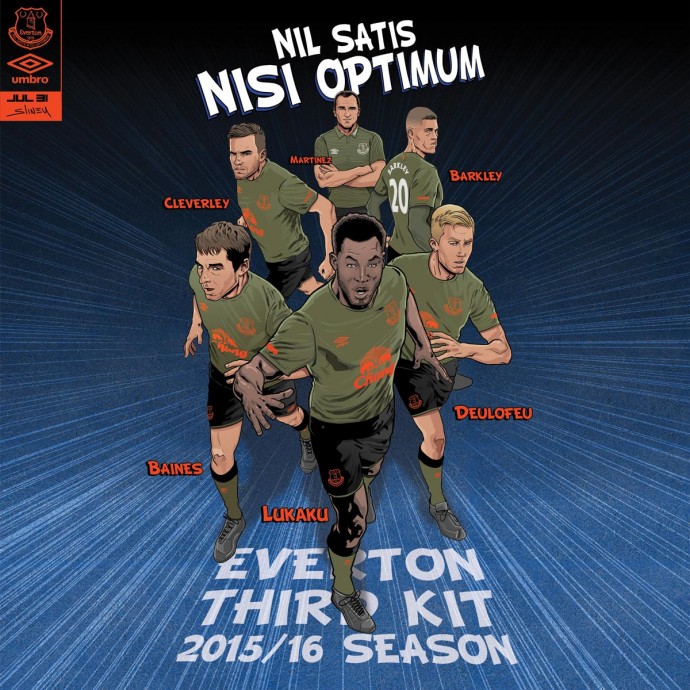 Everton fan Sliney, who is more accustomed to drawing Spider-Man, was commissioned to create a bespoke piece of art to reveal the Toffees’ new green, orange and black third kit. 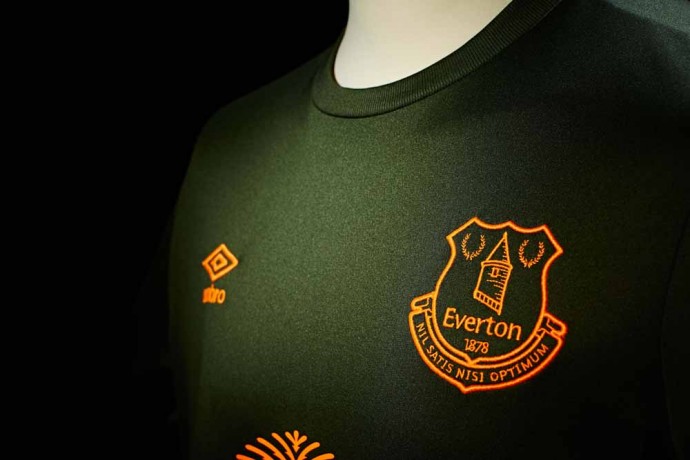 For the first time in Everton’s history, green is used as the main colour of the outfield strip and has been teamed with a bright orange to give the Toffees a distinct look away from Goodison Park. 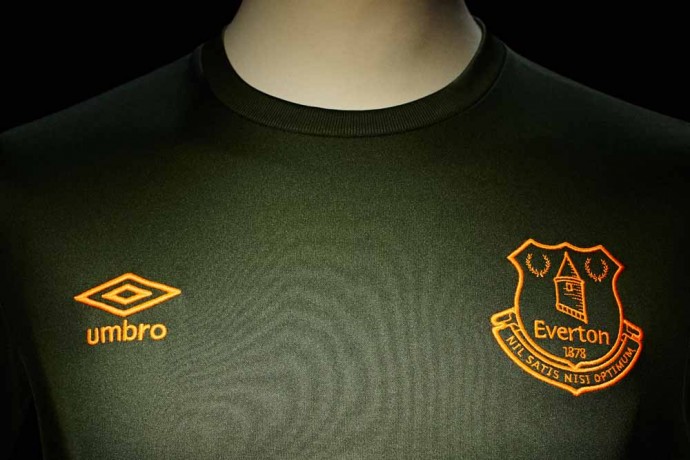 Sliney’s creation in the style of a comic book front cover features Ross Barkley, Leighton Baines, Tom Cleverley, Gerard Deulofeu, Romelu Lukaku and Blues’ boss Roberto Martinez ready for action as they prepare for the start of the 2015-2016 Premier League season.
Cork-based Will Sliney said: “I’ve been drawing Everton players as well as comic book superheroes for as long as I can remember. There was always a Duncan Ferguson or a Tony Cottee on the fridge next to Spider-Man and Wolverine, so to be invited to be part of this new kit launch is a great honour for me.”
The Toffees are expected to wear the third strip for the first time when they face Southampton at St Mary’s on 15th August 2015.

Written By
Michael D
More from Michael D
The impressive, under rated lightweight boot from Mizuno gets a timely facelift...
Read More