“Boo Hoo. It’s not fair. No-one loves us and the football’s they are making us play with are going to make us look stupid.”

Ah, how Europe’s top goalkeepers took it upon themselves to take a pop at the Adidas Europass ball being used at Euro 2008. 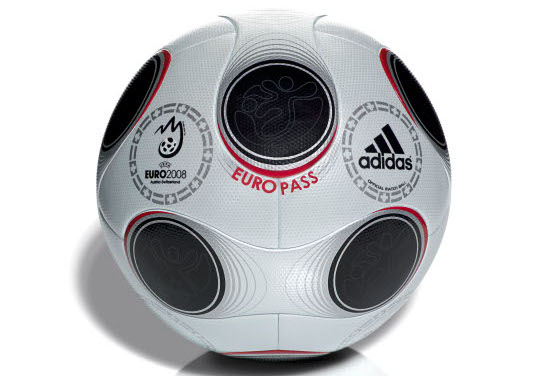 Petr Cech announced that “The new ball is really unpredictable. We will see lots of goals from 30 metres out.The balls are so quick, they have scarcely any wind resistance and they can change direction any second, also in the last five metres. It therefore won’t help at all to see the ball coming from a distance.”

Never one to sit on the fence, as opposed to the Arsenal bench, Germany’s Jens Lehmann also got his retaliation in early saying “”The ball is very difficult for me. It is once again different to the ones before it. I had a situation in the first half against Belarus (a pre tournament friendly) where I wanted to hold on to the ball and then it started to move around.”

Croatia keeper Stipe Pletikosa joined the chorus of concern, saying: “Those balls are going all over the place, changing direction all the time, especially if fired from a distance.”

Holland’s Edwin van der Sar said: “They are not designing balls for goalkeepers.” And Portugal’s Ricardo added: “Everything that is new in football today is to hurt us. Nothing is done for our benefit.”

It’s interesting to note that out of the goalkeepers quoted above, all 5 have played one match in the tournament and not one of them has let in a goal.

Adidas maintains that the ball has been rigorously tested, as all balls are before every major tournament, and that they are 100% happy with the product they have provided.

Still, the moaning shot-stopper is nothing new and if anything, it gives us a perfect opportunity to take a stroll down memory lane and take a look at some of the other balls that have reduced goalkeepers to tears.

First off, remember the Tango Mundial? 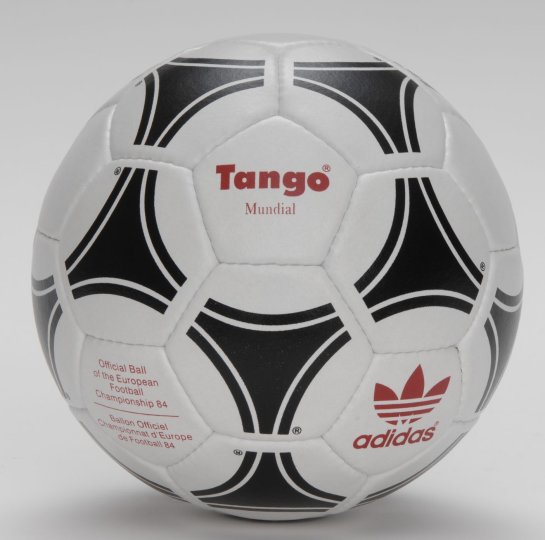 No, not the drink and the Ray Wilkins voice over, but the official match ball of the 1984 tournament in France which, incidentally, England failed to qualify for. The hosts went on to win the title with Michel Platini scoring 9 goals in their 5 matches.

On to 1988 and it’s still Tango time, the Tango Europa to be exact. 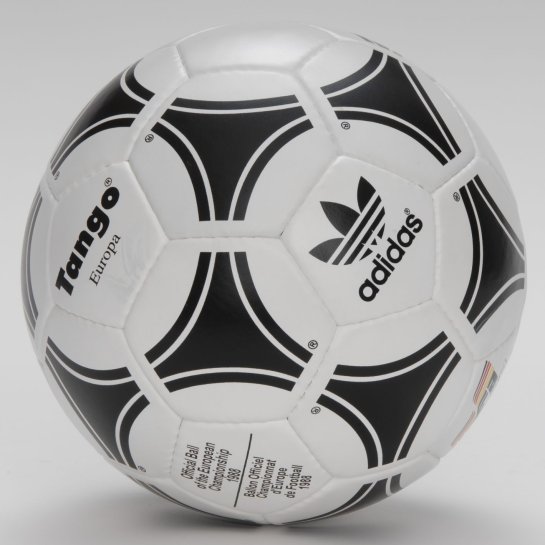 England did make it the finals and then promptly wished they hadn’t of done, losing all 3 group games against the Republic of Ireland, Holland and the USSR. Holland won the tournament which was unique as no player was sent off, none of the knockout matches went to extra time and at least 1 goal was scored in every game.

By 1992, the Tango had had its chips after its name was hijacked by Hollywood and featured in an average type of film starring Sylvester Stallone (Tango) and Kurt Russell (Cash). Teri Hatcher from Desperate Housewives and TV’s Superman was in it too. Jack Palance overacted brilliantly as the villain. Anyway the Tango was replaced by the Etrusco Unico, first used at Italia 90 and inspired by Italy’s ancient history and the fine art of the Etruscnas. 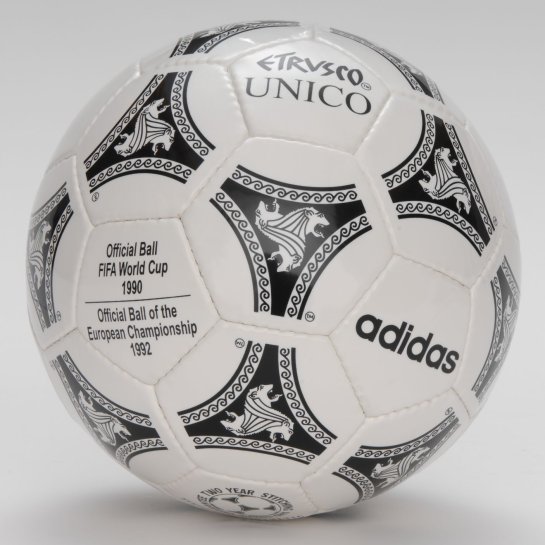 As they did 4 years earlier, England were eliminated in the group stages without winning a game (there’s a theme developing here) with the eventual winners being the surprise package of Denmark. The Danes had originally failed to reach the finals in Sweden but were parachuted in at the last minute in place of Yugoslavia who were involved in a different kind of parachuting.

Come Euro 1996 football came home, sadly to Berlin, as Germany beat the Czech Republic in the final having ousted England in the semis on penalties. 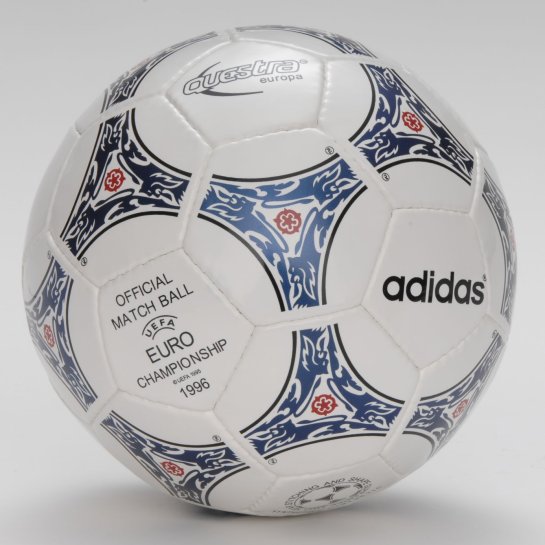 The ball that Gareth Southgate ultimately failed with from the spot was the Adidas Questra Europa. Alan Shearer liked it though, finishing as the tournament’s top scorer with 5 goals.

Four years on and we are in Belgium and Holland for Euro 2000. The Questra was history by now and was replaced by the Terrestra. 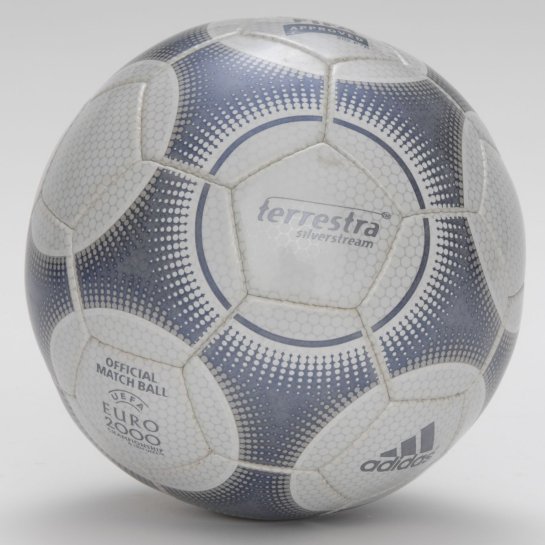 Despite beating Germany, England were, yet again, eliminated before the knock out stages after a last gasp defeat to Romania. If only Phil Neville had got a touch to the Terrestra Silverstream rather than to Viorel Moldovan to give away the match winning 89th minute penalty.

And so to Portugal and Euro 2004. For this tournament, Adidas unveiled the Roteiro, the first ever official match ball produced with the innovative thermal-bonding production technique which they had been developing for the previous 4 years. 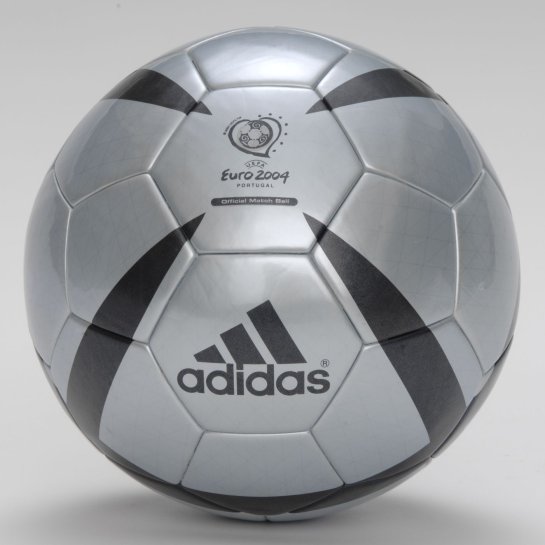 The change of ball did nothing for England’s luck as, Rooneyless, they went out on penalties to the hosts. Portugal themselves were to suffer heartbreak in the final, losing to Greece. Silver linings and all that.

So there’s today’s European Championship history lesson. Hope you were taking notes as there will be a test later.

Written By
Felipe
More from Felipe
Portsmouth have been grouped with AC Milan, Aston Villa will face Ajax,...
Read More