Manchester United and Chelsea may have won in the Champions League in midweek but what has been a relatively poor few days for British clubs in Europe continued last night.

With Arsenal only managing a draw and both Liverpool and Rangers being beaten at home in the CL, British fans would have been hoping for more success in the latest round of matches in the Uefa Europa League. Sadly, the supporters of Everton, Fulham and Celtic were to be disappointed.

Everton went down to their heaviest ever European defeat, losing 5 – 0 away to Benfica. David Moyes had 11 players unavailable because of injury and it showed as they were torn apart by a rampant Portuguese side.

Winger Angel di Maria set up the first three goals – the opener for Javier Saviola, and the next two for Oscar Cardozo. Luisao’s header from a Pablo Aimar corner made it 4-0, and Di Maria set up Saviola for the final goal. 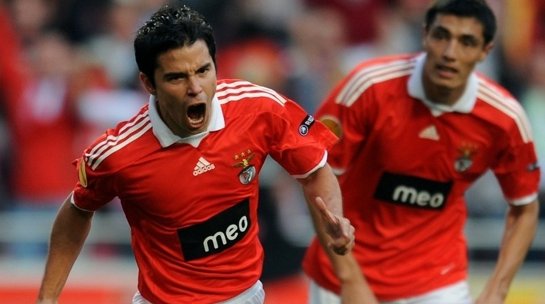 Saviola got the scoring underway for Benfica

Fulham looked to be heading for victory at home to Roma but were undone at the death.

Brede Hangeland headed home to give Roy Hodgson’s team the lead and was then nearly wrongly sent off before the referee red carded Stephen Kelly only for Mark Schwarzer to save the resultant penalty from Jeremy Menez.

But Roma kept pressing and with time running out Marco Andreolli volleyed David Pizarro’s corner past Schwarzer from three yards out. Fulham are no longer top of Group E but remain unbeaten in the competition.

Meanwhile Celtic completed a dismal week for Scottish football as they were beaten 1 – 0 at home by Hamburg. In what was their 4th consecutive home European game without a win, Scott Brown and Shaun Maloney wasted a couple of first half chances before Marcus Berg grabbed the winner on 62 minutes.

Written By
Felipe
More from Felipe
We didn't hesitate when invited by Nike to the T90 Laser III...
Read More