Lovely people, generous hosts but poor players. Austria managed a single draw from their 3 group matches while Switzerland’s only points came in a dead rubber against a weakened Portugal side following their own elimination. So in total, 4 points from a possible 18. Perhaps Uefa should consider seeding possible hosts making previous qualification for the Euros within a 10 year period a pre-requisite of any bid to stage the tournament. As it is, Uefa are less than happy with the progress being made in Poland and Ukraine who are hoping to host 2012 and President Michel Platini will be leading a task force to the two countries later this week. At least Poland can say they’ve played an active part in past competitions. Since splitting from the USSR, Ukraine has never once qualified for the Euros in four attempts. 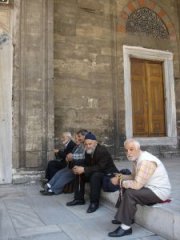 Before the tournament got underway, Platini said he was unconcerned by the fact that England had failed to qualify and that they wouldn’t be missed. Bearing in mind the fate of his native France, England got away lightly. France were awful and were eventually put out of their misery by an almost as dreadful Italy side. Perhaps the Group of Death was so called, not because of the quality of the four teams it contained but because most of the French side are rapidly approaching retirement age.

Some of the greatest club sides in the world were represented in Austria and Switzerland. Manchester United, Real Madrid, Barcelona, AC Milan……Bury. Well sort of. If any young player wants to draw inspiration from the events of Euro 2008, the exploits of Colin Kazim-Richards, or Kazim Kazim as he’s now called, should be where they look. Kazim-Richards had spent a largely unfashionable club career with the likes of Bury, Brighton and Sheffield United before moving to Fenerbahce in the summer of 2007 having previously made his debut for the Turkish under 21 side. Born to a Turkish Cypriot mother, he made his full debut later that year and played in all of Turkey’s five games at Euro 2008. In terms of career development, that’s pretty impressive. 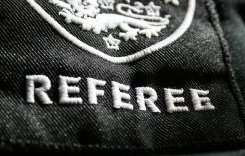 If the offside rule wasn’t complicated enough, Uefa decided to make it more so after Ruud van Nistelrooy scored against Italy in the group stages. Was he offside? To any normal and sane person, the answer was yes. But to Uefa, the answer was no. The reason being that an injured Italian player, lying on his backside, off the field and 15 yards away from the action was playing the Real Madrid player onside. Total madness. What’s next? Taking in to account the seat number of a defenders Mum in the stands? Or perhaps the geographical position of the team coach in the stadium car park?

They may not have made it past the quarter finals but for a couple of weeks, the Dutch showed the world how the game should be played. Cultured, focussed, pacey, tactically sound and ruthless – Holland had it all in the early stages of the tournament. They didn’t just beat Italy and France, the World Cup finalists from two years earlier, they destroyed them. Perhaps coach Marco van Basten made a mistake in resting his best players for the final group match against Romania as when the first team reassembled for the clash with Russia, they were comprehensively outplayed. Still, the memories will linger of those outstanding performances and spectacular goals in the Group of Death. 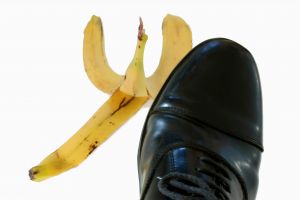 Two big players, two big reputations, two tournaments to forget. Toni scored more than 30 goals in the Bundesliga last season but his performances in Euro 2008 will leave most fans wondering how? Are the defenders in Germany’s top league really that bad? Toni had a hatful of chances and missed the lot. As for his pace, we’ve seen faster glaciers. Before the competition started, Petr Cech criticised the Adidas Europass ball saying it was unfair to goalkeepers. As it happened, as a dolly of a cross came over in the dying minutes of the Czech Republic’s quarter final against Turkey, the ball did nothing unexpected at all. But Cech still dropped it giving the Turk’s a lifeline which they exploited a couple of minutes later with the winner. A howler of the highest order.

You have to hand it to Adidas – they threw the kitchen sink at this tournament and it paid off. From giant boots, supersized players to specially designed country by country F50 TUNiT football boots. Of course, it’s all designed to sell product but it was done with style, innvovation and a touch of class. 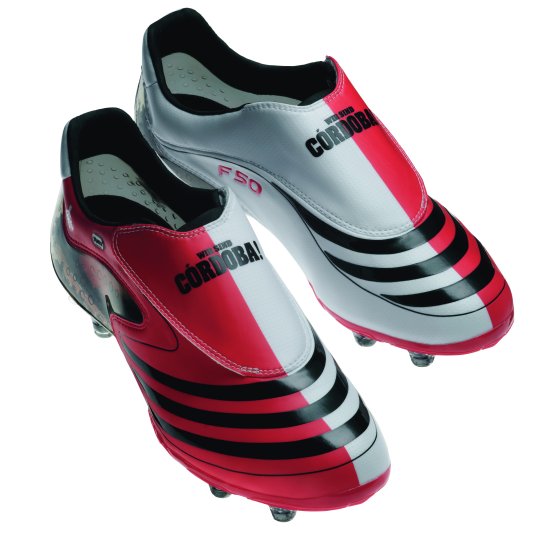 Croatia’s fans were deemed to have been guilty of ‘displaying a racist banner and showing racist conduct’ during the game against Turkey. Uefa’s response was to fine the Croatian Football Federation £10,000. Pathetic. And not even a first offence. The Croats have got a bit of previous when it comes to this sort of thing. When will Uefa realise that to eradicate the game of such heinous crimes it will take a lot more than a gentle, financial slap on the wrist. If they want to be taken seriously, they need to action meaningful punishments, like the deduction of points from any following qualifying campaign.

After nearly half a century of hurt, Spain threw off their tag of underachievers to win the tournament playing a delightful brand of football based on a brilliantly creative midfield and the ability of the entire team to pass and move. Were you watching Fabio? Let’s hope so.

Written By
Felipe
More from Felipe
Striker Fernando Torres has pledged his future to Liverpool until 2014 after...
Read More