Many nay-sayers will constantly say the same thing about football boots; “It’s not the boots, it’s the player”. Well, try telling that to Samuel Eto’o, who found a change of boots lead to a change of luck when facing Genoa! 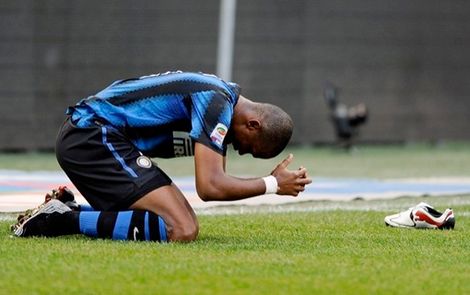 It can be frustrating life for a striker.

After 45 minutes, Samuel Eto’o had seen a goal disallowed, a penalty claim waved away, set up a sitter which was mistimed by Pazzini and been called offside numerous times. Oh, and to top it all off Inter were 1-0 down.

So, after having temporarily lost his new White/Black/Pompeiian Red v1.10SL during the match, Eto’o opted to change his football boots for a new pair altogether during half time. 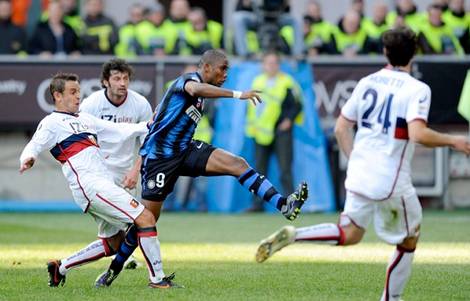 Emerging from the tunnel at Giuseppe Meazza in his older Parachute Purple/Ebony/Tender Shoots v1.10SL‘s, it took the Cameroon ace only 6 minutes to bag the goal he so desperately desired – and then another 6 minutes to grab another!

The fleet-footed forward continued his upward trend and finished the game with the man of the match award, with Inter the victors 5-2.

The whole event produced some great photos of Eto’o and football boots that really show the relationship some players have with their footwear – especially Eto’o, who looks to be pleading with his misfiring boot frustration at the way the game was going! 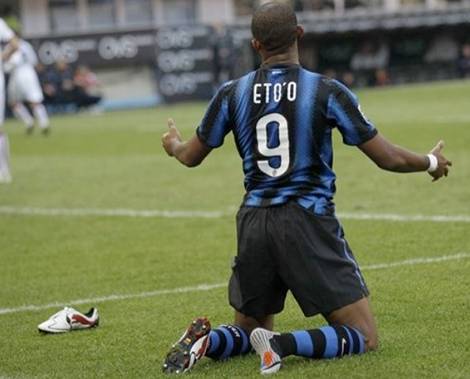 We also get a great look at the customisation that Eto’o employs on his football boots – including a mixed-stud soleplate that’s not a million miles away from the system Cristiano Ronaldo uses on his Superfly II’s.

So, all this goes to show is that the right pair of cleats can make a real difference to a game, even if they are identical in every way besides colour!

now, the ultimate test of Eto’o’s superstition will be seeing what boots he wears in his next game!

Written By
Kyle Elliot
More from Kyle Elliot
Umbro aim to get people talking with this unorthodox ad for their...
Read More