If there’s such a thing as a necessary evil in the world of football gear – it has to be sock tape. 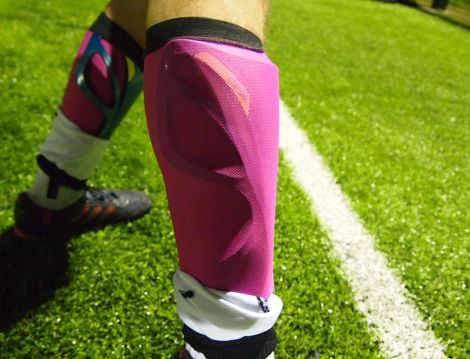 For some players, it’s part of their pre-match ritual; earnestly believing in the idea that mummifying their legs in electric tape is the fulcrum of their performance over the next 90 minutes – not that there’s anything wrong with that, mind.

For others, it’s a matter of practicality. Despite being designed by the brightest minds in the industry, shin-pads develop a mind of their own once we start playing. The only way us mere mortals have to gain a modicum of control of them is to restrain them in place with tape – and if we could avoid doing so, we would.

It’s a problem that has been recognised by brands like S1 Sports, and now the company behind HotShotGels is stepping up to the plate with the Ultimate Shin Sleeve.

Confidently described as ‘Superior’ to other solutions by their designers, they aim to be a practical solution to a universal problem.

So, does the Ultimate Shin Sleeve cling to the calves of success? Or does it slip uncomfortably to the ankles of despair? 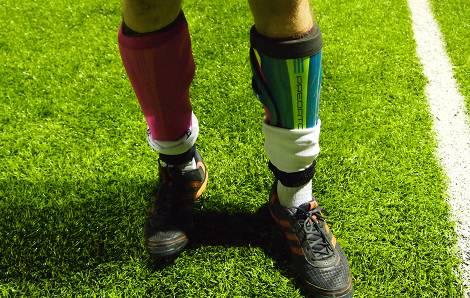 Both of the ways to wear the Ultimate Shin Sleeve

The design of the Sleeve is simple enough; an ergonomically shaped, elasticated and breathable sleeve of fabric is top-and-tailed by two chunky rings of elastic.

Simple as it might be, the Ultimate Shin Sleeve‘s shape allows it to be worn in two ways, allowing it to accommodate just about any type of shinpad.

Wearing the Sleeves with the elastic facing outward proved to be great at holding ‘slip-in’ shinnies like the Mercurial Lite and Puma v5.11 Slip in place, whilst reversing the sleeve proved to be the best way to keep the adidas Predator Clip-on (Pictured) and Nike T90 Protegga locked in place. 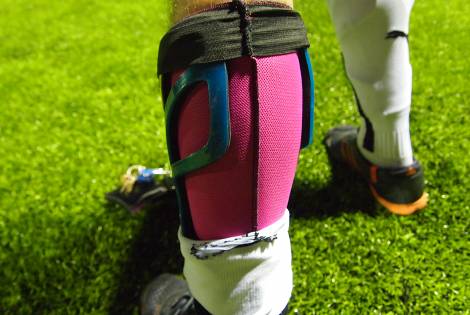 Thick elastic holds just about any kind of shinpad in place, but isn’t completely immune to the occasional slip…

So, like any good product of it’s type – you know the Sleeve is doing it’s job in the best possible manner because you hardly notice it whilst playing. 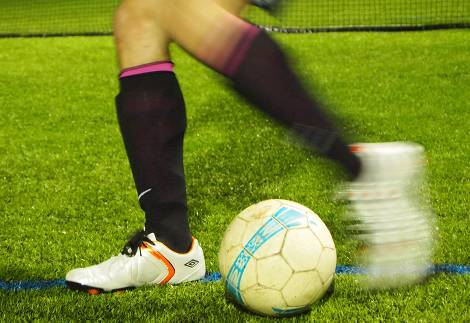 Despite a rudimentary design, the Ultimate Shin Sleeve‘s name is well earned; it sets out to solve a problem and accomplishes doing so admirably.

The material of the sleeve is breathable and accommodating to any leg size, and the elastic secures shinpads in place without being restrictive. Even if a sliding challenge does leave your shinny partway down your leg, having everything ‘contained’ within the sleeve means that you can just slide the whole unit back into place.

If you’ve got a good pair of shinpads, but find yourself having to readjust them more often than you’d like – the Ultimate Shin Sleeve is the perfect accompaniment.

Oh, and it does come in other colors, by the way!