Despite constantly labouring under tags like ‘long-ball’ and ‘tough to break down’, English players in the Europa League have proven to be the most successful passers of the ball on Matchday 4 of the competition.

Earlier in the year, Patrick Viera helped launch the Western Union Pass Initiative – where every successful pass in the UEFA Europa League is turned into funding to support one day’s education for a young person somewhere in the world.

So, whilst keeping track of all those passes, the guys at Western Union have been compiling the data they’ve been tracking into incredible infographics to support the cause – and surprisingly revealing that English players are completing more passes (on average) than any other nation.

Perhaps second in many people’s minds to the Champions League, the Europa League is still home to some incredible talent – with Inter Milan, Atletico Madrid, Napoli, Lyon, Athletic Bilbao and Sporting all boasting some top, top names. 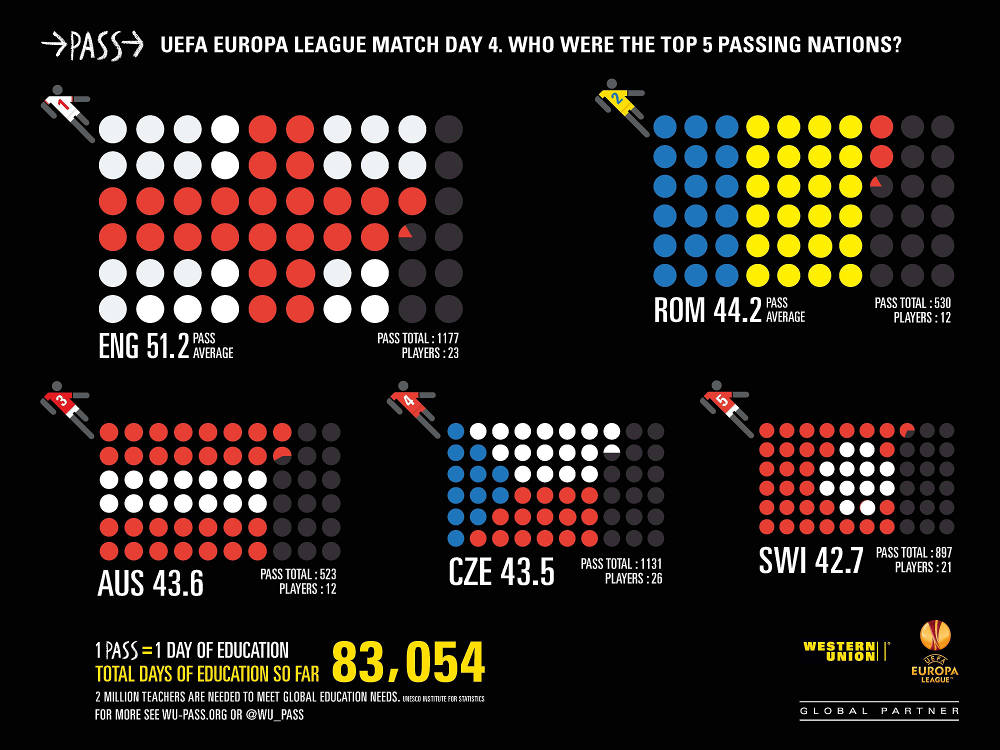 So, given the competition, it’s a huge surprise to see English – and indeed – Romanian and Austrian players dictating the play ahead of Italian, French and the tiki-taka of Spanish stars in the most populous stage of the competition.

Whilst debatably under-performing in the Premier League, Liverpool boss Brendan Rogers will likely be pleased with the statistic that youngster Jordan Henderson is the Englishman who completed the most passes.

Rogers so-called ‘proto-Barca’ style of play remains under heavy scrutiny on domestic duty, but seems to see them retain a large amount of possession in Europe – despite a narrow loss to the star-studded Anzhi int he competition last week. 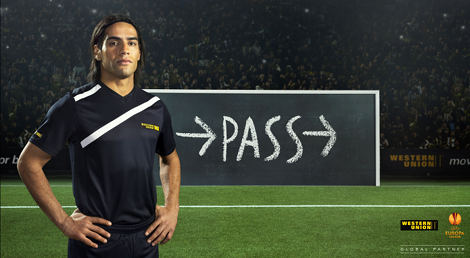 Other big news from the Western Union Pass initiative comes in the form of Falcao being named as a new ambassador. Speaking at an event this week, the Colombian striker said,

“I was intrigued by Western Union's PASS initiative and immediately felt a connection.' I've played most of my professional football career outside of Columbia, but I am still incredibly proud of my home country and welcome the opportunity, through the' PASS' initiative, to raise funding for educational projects across Latin America.”

Falcao, who has twice won the UEFA Europa League with Porto and' Atl'tico de Madrid, scoring a record 17 goals last season in the competition, couldn’t be joining the initiative at a better time; following the last round of games, over 83,000 passes have been completed in the Europa League, with PASS turning that into the' equivalent' of over 227 years of free education.

What do you think of the stats? Happy to see England, Romania and Austria at the top? Or would you need more than a days worth of data to be convinced?

Written By
Kyle Elliot
More from Kyle Elliot
In this great video, we chat to some of the designers behind...
Read More