The England football team were celebrating last night after helping to raise close to £400,000 at their second ever Lions and Roses event, a special gala dinner hosted by the players to benefit the England Footballers Foundation and the charities it supports.

Hosted by BBC Sport's Gabby Logan, guests and celebrities from the worlds of music and sport came together for an unforgettable evening of entertainment. Kicking off with a champagne reception, followed by five star dining courtesy of Marco Pierre White, the event culminated in show stopping performances from two internationally acclaimed music acts; Brit Award winners the Kaiser Chiefs and platinum selling duo Rizzle Kicks. 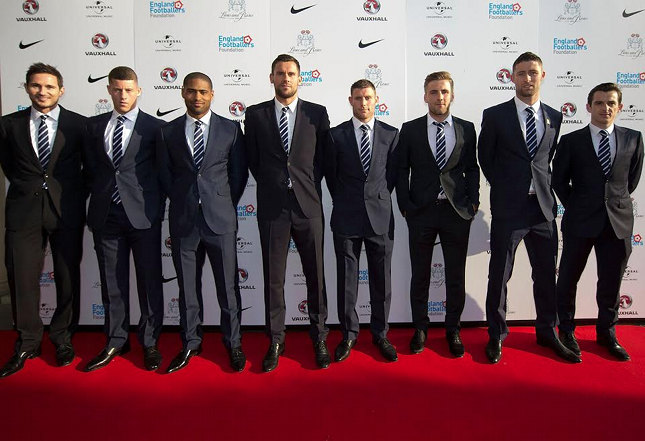 Led by the UK's number one auctioneer, Jonny Gould, guests were given the chance to bid on an array of exclusive items and money-can't-buy prizes, several of which were personally donated by the England Team, including:

The proceeds raised will help benefit the England Footballers Foundation chosen charity partners: Rays of Sunshine, the British Forces Foundation and the Bobby Moore Fund for Cancer Research UK. In addition to supporting these charities, funds from Lions and Roses will also go towards the players' own EFF Academy that provides coaching and education opportunities to disadvantaged youngsters across the country.

“All the players are delighted with how much we were able to help raise at Lions and Roses last night.

The England Footballers Foundation has been going for over seven years now and all the players thoroughly enjoy giving up our time to help our charity partners.

The proceeds from Lions and Roses will help us to continue to touch the lives of those less fortunate for years to come.” - Steven Gerrard