As something that’s has been plastered all over the news lately, you’ll no doubt be aware of the ‘Will They/Won’t They’ back-and-forth over FIFA denying England players the ability to wear Poppies on their shirts in this weekend’s clash with World Champions Spain. 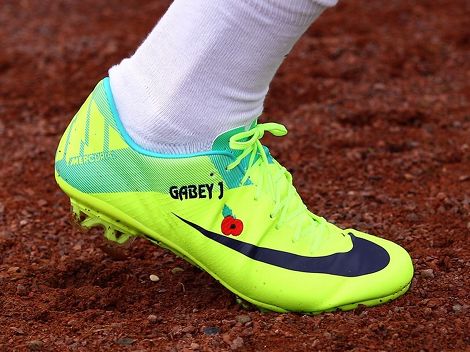 A symbol of remembrance for those lost during times of war, FIFA ruled that the poppy is a political symbol which has no place on the neutrality of the football pitch.

Following public outcry, tabloid campaigns and even a personal plea from Prince William, FIFA have since compromised, allowing the Poppy to be displayed on black armbands which will be worn players over their shirt sleeves.

But had that decision not been made by the higher-ups in Switzerland, it seems some of England’s stars were planning on making sure the Poppy was represented on the pitch, whether FIFA liked it or not. 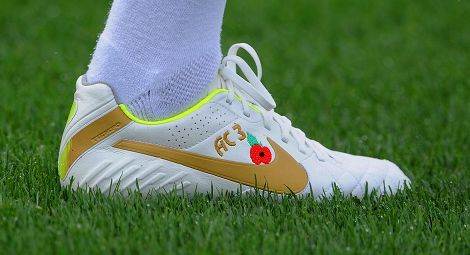 Speedsters Theo Walcott and Gabby Agbonlahor and defender Ashley Cole have taken the time to get the flower of remembrance embroidered on their bright yellow Nike football boots, ahead of England’s upcoming friendlies.

Walcott and Agbonlahor were certainly out to make a statement with their personalised footwear, as the new Volt/Retro Superfly III’s are amongst the brightest football boots available at the moment, and would likely attract plenty of attention to their bespoke embroidery – which are expected to be auctioned for charity next week. 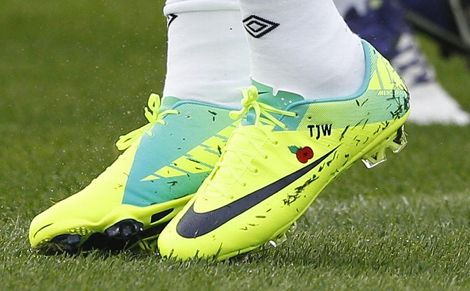 We’re not sure whether FIFA would have any jurisdiction over player’s personal footwear, but the England internationals will now be able to play without fear of reprisal, thanks to the ruling body’s compromise.

Now that it seems both FIFA and the English FA and public have reached a happy medium, we want to know – whether you’re English or not – if you think a symbol like the Poppy has any place on the football pitch.

Let us know using the poll, or if you have really strong feelings – why not leave a comment? [poll id=”51″]

Written By
Kyle Elliot
More from Kyle Elliot
Footy-Boots.com is the only place online to see the latest GT Pro...
Read More