England have dropped their red away kit opting for blue. The new away kit will be worn at the Russia World Cup in 2018. 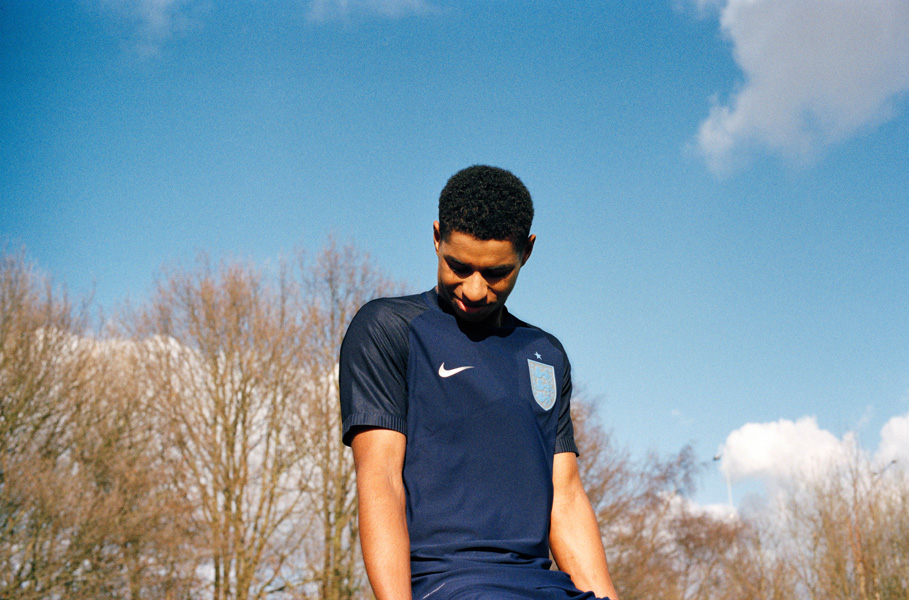 England have revealed their new away kit which they will debut for the first time in Wednesday’s friendly fixture against Germany in Dortmund. 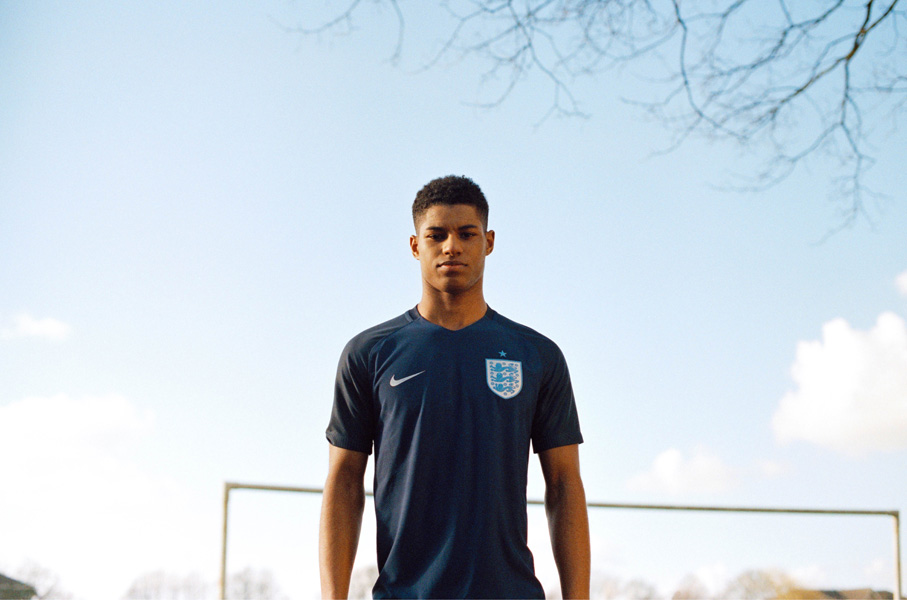 Running the length of the shirt and shorts is a black vertical stripe, which cleverly expands when players are in motion, giving them maximum ventilation during any game.

Manchester United’s striker Marcus Rashford is the poster boy for this campaign and he said:

When we were knocked out by Iceland at the Euros, it was a massive disappointment. We were all sitting around in the dressing room after the match, not sure what to think. But then Wayne gets up. And he says one thing.

Keep your head up. We’ve got a lot to fight for in the future. Look forward.

But he says it to each individual person. One by one, he goes up to us and looks us in the eye.

So that’s where we are now. Our heads are up and we’re fighting for the future. I know I’m young — the whole squad is quite young — but we want to make history in the time we’ve got. We know that when people look back on our team, it’s the trophies people are going to judge us on.

England Away Kit for Russia 2018 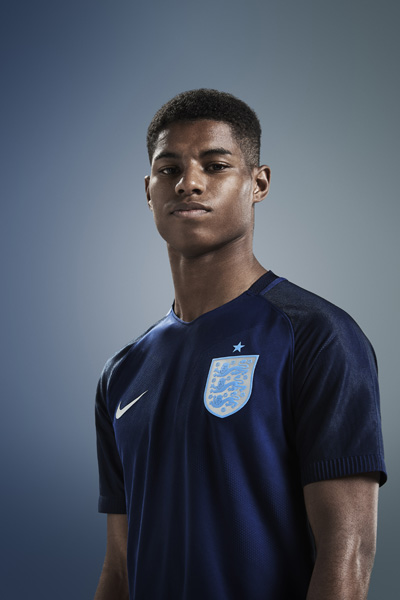 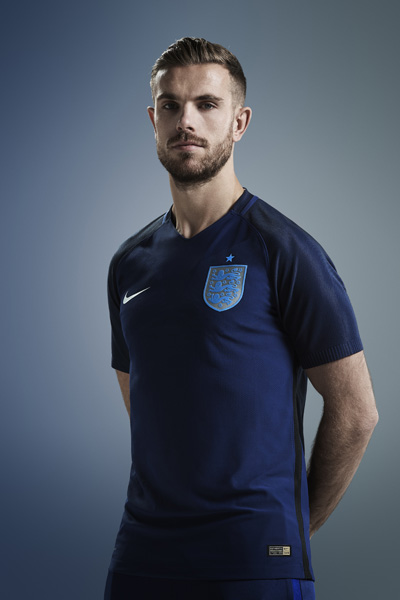 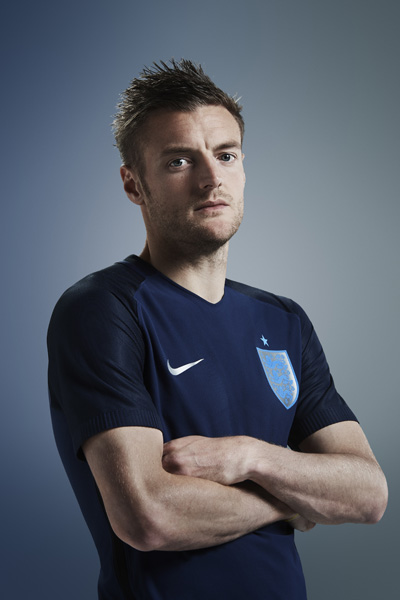