It’s here! One of the highlights of any English football fan’s calendar has arrived – the new England Away Shirt 2011 – 2012 has landed – and the 3 Lions are officially back in blue! 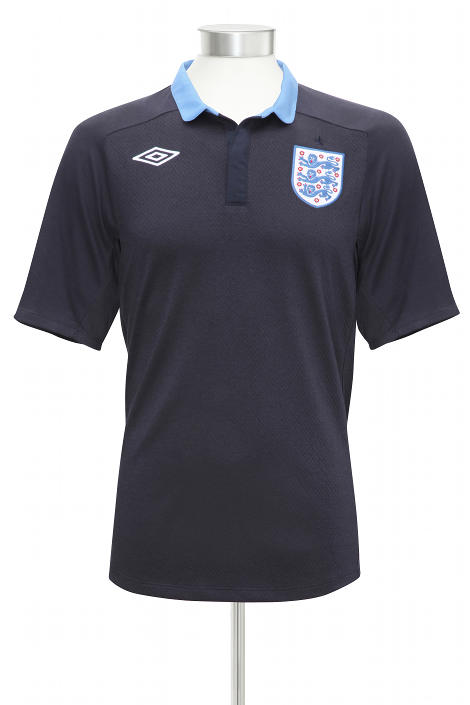 The first thing many will be shocked at is the simple fact that new England Away Shirt is blue!

After the spirit of ’66 having followed our team to the last 3 major tournaments (that we actually qualified for – sigh) Umbro are giving an exciting new generation of English players the chance to write their own history in a blue new England Away Shirt. 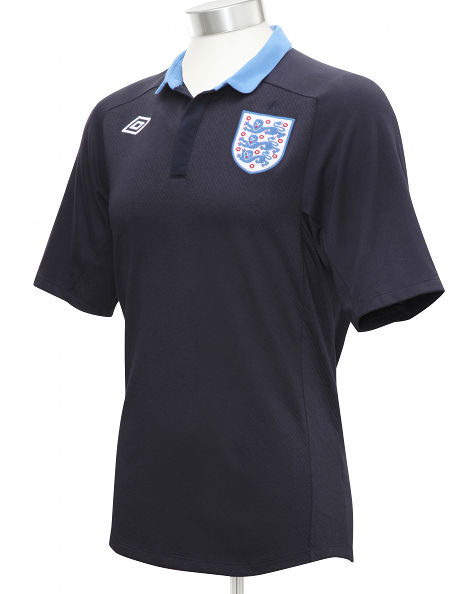 According to Umbro, blue is part of England˘ DNA and has been used by the England team since 1930. Inspiration for the new shirt was also taken from the blue caps given to England players as well as the original British passports which were navy in colour. 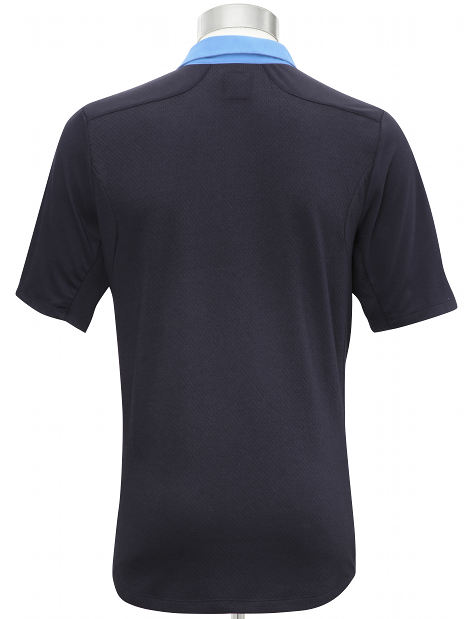 As part of Umbro’s ‘Tailored by’ initiative, the new England Away Shirt is constructed using modern tailoring techniques:

– Lightweight and breathable, the shirt uses mesh technology to increase the air flow to the body, updating a design first introduced to the England shirt in 1970 for the Mexico World Cup
– Built using full polyester on the inside to draw sweat away from the body. The cotton outer gives a smart appearance which drives confidence in the player
– Featuring a raglan sleeve and darting over the top edge of the shoulder, the shirt maintains its shape whilst allowing freedom across the body

As with last year’s World Cup incarnation of the new England Away Shirt, Umbro have opted to give someone other than a footballer the chance to launch their latest creation in an unconventional manner!

Just as teased earlier in the week, the new England Away Shirt will be worn by English WBA Boxing Champion David Haye as he walks out at the Imtech Arena in Hamburg tomorrow night before his world heavyweight title unification bout in Germany against Ukrainian fighter Wladimir Klitschko. 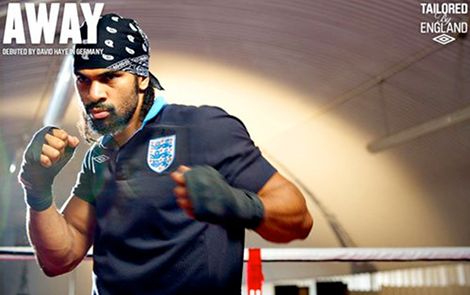 Haye commented: ”It˘ an honour to represent my country away from home and as a football fan, the opportunity to launch the England Away shirt is a huge privilege.”

The new England Away kit is available for pre-order now and will go on sale August 10th.

It will be worn by every level of the England team from juniors to seniors including the women˘ team.

Written By
Felipe
More from Felipe
The Most Comfortable Football Boot is our third category review in this...
Read More