There are few football matches which hold such significance as el Clasico, and this season that significance is threefold.

Discarding the political side of things, Los Merengues and the Blaugrana are both still in the hunt for historic trebles of La Liga, the Copa Del Rey and the UEFA Champions League.

Barcelona hold the advantage in the League, a whole 8 points clear of their rivals – which is precisely what makes this Saturday’s el Clasico match-up so fascinating. How willing are Real Madrid to hand the Primera Division to their rivals and focus on the other two titles at stake?

And after a crushing 5-0 loss to Pep Guardiola’s men earlier in the season, are Real Madrid even capable of beating Messi & co?

The weekend’s clash at the Bernabeau might not decide any silverware, or even a place in a final – but it will be the benchmark by which Madrid measure themselves, and discover whether they can subvert Barca’s plan for another treble

Let’s take a look at the key match-ups and what football boots they’ll be wearing, with Data courtesy of Castrol EDGE Performance Analysis. 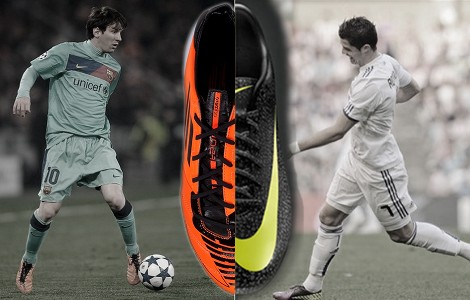 The big one, two of the best players in the world today go head to head. Ronaldo’s ego will have taken a huge battering when last facing Barcelona and the Portuguese will be all too aware that he has never scored or created an assist when playing against Messi at Club level.

Messi has had slightly longer on the pitch than Ronaldo, and has one more goal in the golden boot competition than his rival, and having helped himself to 3 goals and 3 assists in his last 5 games against the former-Manchester United man, the Argentine will be confident of adding to his tally.

Ronaldo will be debuting the new Nike CR Safari football boots for the first time competitively this Saturday, and if he can break his scoring duck against Messi in them, you can be sure the World’s Most Expensice Footballer won’t be changing out of them any time soon! 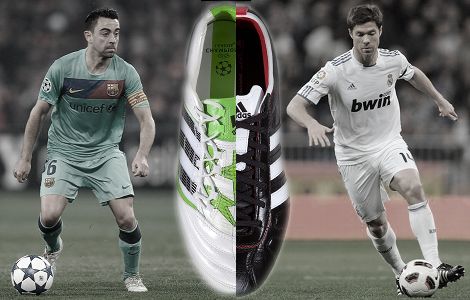 Two exceptional midfield generals will meet around the Bernabeau’s centre circle this Saturday but only the Barcelona squad can be confident that their linchpin is less culpable to conceding rash challenges.

Castrol EDGE Performance data shows that Xabi Alonso has conceded 38 fouls this season in La Liga, while Xavi has conceded only four.

Xavi is central to Pep Guardiola˘ system, having had 3131 touches of the ball, more than any other player across the top five European leagues in comparison to Alonso’s 2351. 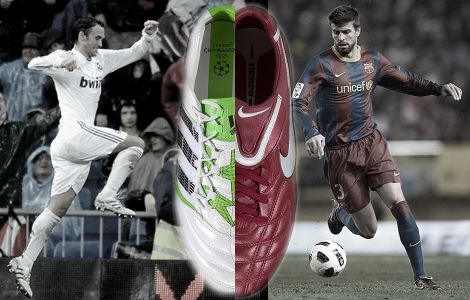 Both Real Madrid and Barcelona have been notoriously hard to score against this term, with both teams having conceded only 22 and 16 goals respectively (though 5 of Real’s came from Barca themselves), and crucial to these low figures are two versatile defenders.

Both defenders share an eye for goal: Carvalho having found the net on three occasions this season in the league, while Piqu'© has scored twice. The Portuguese has converted 33% of his shots, compared to 13% for the Catalan.

So, that’s our three key match-ups in this weekend’s el Clasico!

Who do you think will come out, and which football boots will they be wearing?

Written By
Kyle Elliot
More from Kyle Elliot
Here's the remainder of the Tottenham Hotspur 2010-2011 kits, check out the...
Read More