adidas’ Samba Primeknit was revealed to the world yesterday as the world’s first knitted football boots.

Comments and Tweets flooded in about waterproofing, durability and protection on these wildly constructed new football boots and with the retail date all the way away in the middle of March, answers seemed hard to come by.

Which is why we jumped at the chance to steal a few minutes with Martin Love – Development Engineer on the adidas Innovation Team – to quiz him on how the Primeknit has made the jump to football, and how it’s changed from its debut in the Olympics on the feet of track athletes.

We’ve distilled all we’ve learned into eight essential facts you need to know about the adidas Samba primeknit. 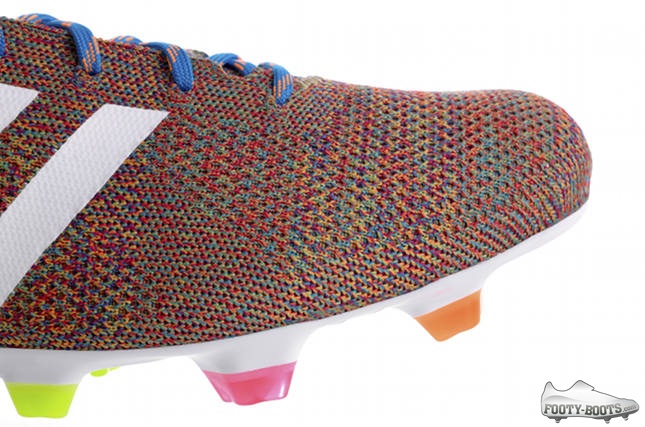 They started development in 2012…

In 2012 we launched the first ever running primeknit shoe, which delivered a fit experience never seen before in our running products. Soon after, a lot of our key football players were also wearing the shoes off the pitch and soon they were asking when the same fit experience would come to football.

So, at the end of 2012 we started to look into a way of bringing this unique running technology to football.

They’re not built to be lightweight…

The main advantage is the sock-like fit experience that you get from the material and the construction; this sock-like prime fit experience is only possible because we don't have all the additional layers with the knitted upper.

In a normal shoe construction, for example leather or synthetic, you have the basic material layer, which comes as a roll or in the case of leather, a hide/skin. The upper pieces are then cut and this basic material component requires additional layers in order to fulfil performance targets.

As an example, underlays and weldings on the inside/outside for reinforcement to create stability or stitching in the forefoot to control stretch.

Having all these different layers, which are essential for performance, unfortunately also influence the natural fit properties of the material.

With the knitted upper you see on the adidas Samba Primeknit, we’re able to implement the different functional requirements into a single engineered layer.

What’s really exciting for us, is this is adidas footballs first step into multi-functional single layer uppers where we can control and engineer the performance as we wish. 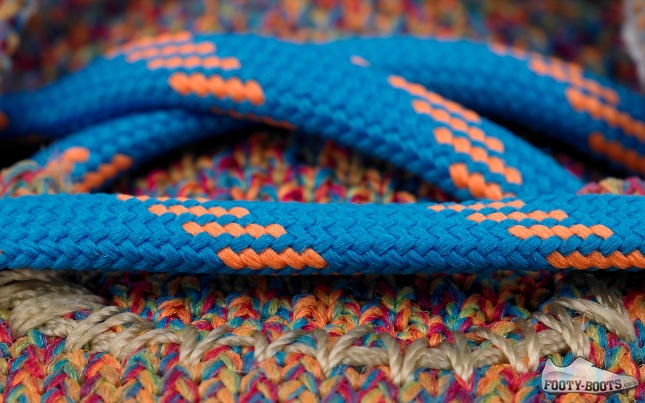 Both shoes use the exact same yarns, knitting machines and construction process, there’s no differences here. However, the main difference is the knit structure and the liquid polymer coating formula that we use to protect the yarns and control the stretch.

This comes from the fact that running is predominately linear sport and football is multi-directional, so these changes were a must.

Although this shoe weighs 165g, lightweight was not the intention or the goal; this weight was simply achieved because we stripped away the components that were not needed since their function was already incorporated into the knitted upper.

For example, in a normal lightweight shoe, like our F50, the material is thin to achieve the weight target. However, our Primeknit upper, including polymer coating, is double the thickness of an F50 upper. Therefore, the protective layer is increased in comparison. 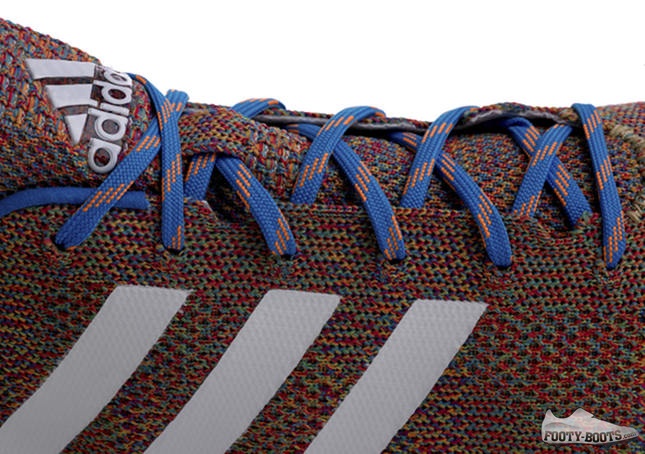 The adidas Samba primeknit was tested to handle the wet…

We looked for testing in the most critical testing months, from September to December. Those months are known for the toughest conditions, extreme wetness & coldness.

We were in constant exchange with the players to gather their performance feedback and monitor the progress under sun shine, rain, wind and snow.

Over three months were spent getting the knit right…

The main challenge was to bring a running technology to football, it was a real head scratcher in the beginning because the requirements for each are so different; as I said, Running is predominantly a linear sport, whereas football is multi-directional.

We only moved forward with full wear-testing after finding the correct combination of structure and zone placement, which took 3 months to define. 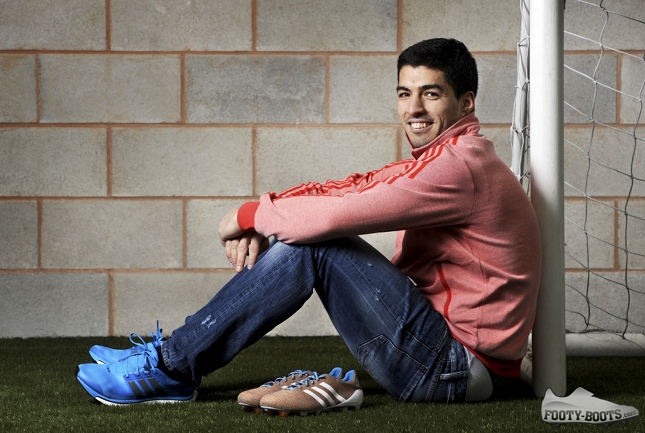 Surprisingly, Luis isn’t the first to wear the adidas Samba Primeknit: the initial testing and development of the upper was performed with many local semi-professional testers in Germany, close to adidas HQ. This gave a great platform that allowed us to go to the pro's with a product that already had strong feedback.

Luis is on a fire this season and as a result, it was important to introduce him to concept where we already had a lot of confidence in the product.

Nevertheless, although not involved in the very early stages, he’s given some great feedback and as seen, he’s been wearing the shoe during training.

In general, when players first see the shoe they’re very curious because the look and texture of the material is so unique. We then tell them it’s knitted and they’re surprised – and they’re even more surprised when they try it on and realise that this is a shoe they can easily play and Luis was no different.

Primeknit football is just a starting point for a relentless roadmap of developments. The new knitting technology allows totally new products and silhouettes.

Players always dream about barefoot fit or sock fit and we will come back with more very soon.

With that in mind, where would you like to see Primeknit used next?

Written By
Kyle Elliot
More from Kyle Elliot
Footy-Boots takes a look at the growing number of players trying to...
Read More