Eden Hazard’s performances in a Chelsea shirt have been recognised by his peers as he picked up the PFA player of the year award.

The 24-year-old Belgian, who has netted 18 goals in all competitions for Chelsea so far this season, helped his club win the Capital One Cup and placed them in pole position for the Premier League title.

Tottenham’s young striker Harry Kane collected the Young Player of the Year award and came second behind Hazard in the voting for the top prize, with Manchester United’s goalkeeper David De Gea in third spot.

Harry Kane’s season has seen the 21-year old score 30 goals for Tottenham Hotspur – 20 of them in the Premier League.

The team of the year was also confirmed, with Chelsea dominating proceedings as they had six players voted into the PFA Premier League Team of the Year. 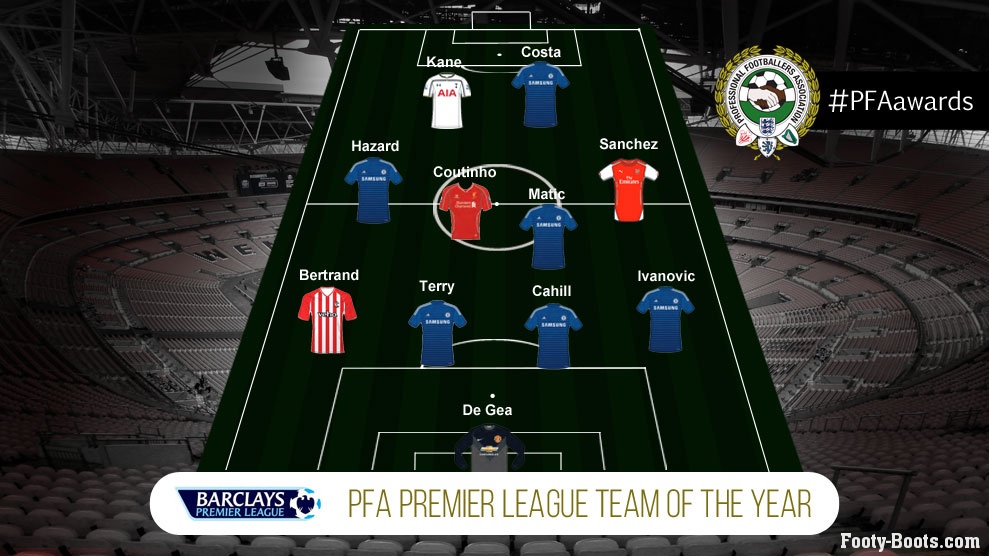 Written By
Ramsay
More from Ramsay
Dimitri Payet discusses the fruits of his training — how he came...
Read More