At the grand re-opening of Niketown London this week, Footy-Boots.com pinned down Chelsea & Cote d’Ivoire striker Didier Drogba to get his take on football boots. 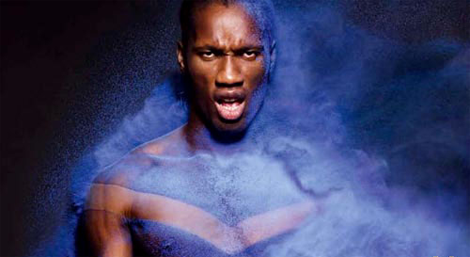 Drogba has been an enigma to many football boots fans around the globe. As well as being one of the games most high-profile stars, ‘The Drog’ is much talked about by football boot fans, with many a question being asked about his match day customised version of the Nike Superfly II.

So when Kyle got one on one with the Ivorian Powerhouse, he went straight for the jugular and asked what the story is with his custom Superfly II, Drogba said;

“The normal one that Nike does, I tried to play in it and there’s not as much grip as I need. So, I asked Nike if they could make me a boot with the studs from the Mercurials from around 2002-2003, so I could play even when the pitch was wet.”

So contrary to the suggestion that Drogba plys his trade in the Mercurial SL soleplate, Drogba requested from Nike that his soleplate be modelled on the original Mercurial Vapor from back in 2002. 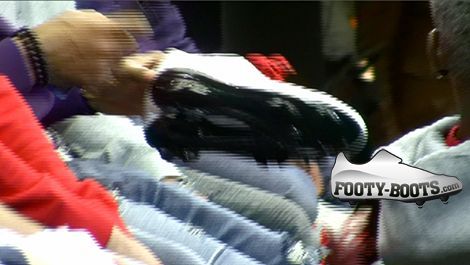 We drilled down further and confirmed that the sole is still made of Carbon Fibre, as you’d expect for a top end football boot, so essentially, it’s only the shape of the studs that have changed.

“The studs are a bit longer, so I can get a little bit more grip” – which is interesting, given the Superfly II‘s focus on adaptive Traction.

Would Didier ever switch to another type of boot?

“I think the Mercurials are the perfect boot for me. But if I had to change, maybe I’d go for the CTR360; I think they’re a similar boot to what I’m wearing now – but I’ve been wearing the Mercurial for years and years, I won’t change!”

Did the powerful frontman have any advice for Footy Boots readers who love their football boots;

“You have to love your football boots! You have to clean them every day after training, because they’re the ones that might make you famous – you never know!”

And what ‘The Drog’ says, we do. We’ve polished our boots ready for the weekend, have you? – Have a read of Caring for your football boots