The main selling point for football boots these days are neon colours, performance technology and the players who represent them. But what happens when you strip all that back and base a boot on a classic? Well… you get a gorgeous pair of boots, that’s what!

The Diadora x Roberto Baggio match winning boots are absolutely stunning. They’re not just a good looking boot, but more of a classic beauty, a shoe to remind you of the good old days of playing in a proper leather football boot.

Don’t get me wrong, I’m a huge fan of all the incredible performance technology that you get in a modern boot. It shows how far we have come down the years and tips at a very exciting future for football. However, it’s always a pleasant feeling seeing a modernised retro boot, especially when it brings with it a very special storyline… 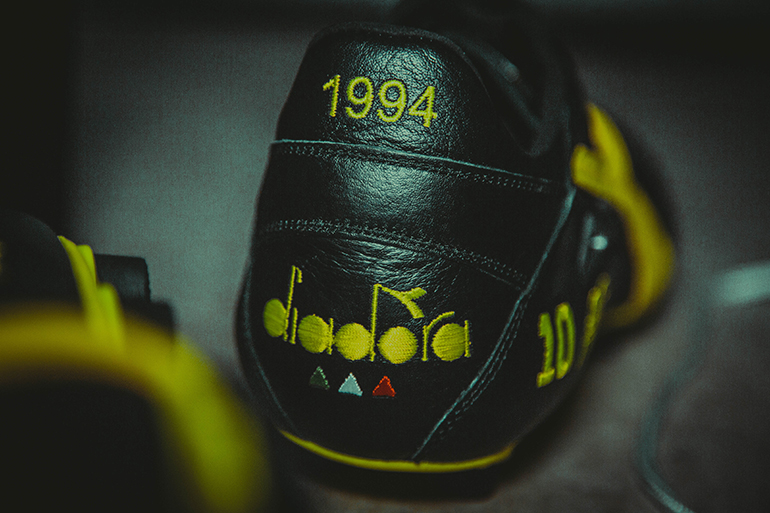 In case you didn’t know, Roberto Baggio is a legendary Italian footballer who made history time and time again in Diadora boots.

Divin Codino, or “The Devine Ponytail”, his nickname known widely by fans, is best known for his incredible performances in the 1994 Fifa World Cup.

He started the ’94 World Cup campaign below par, failing to make the impact many people anticipated. That was until Italy reached the knockout stage, where Baggio found his scoring boots… his Diadora scoring boots. 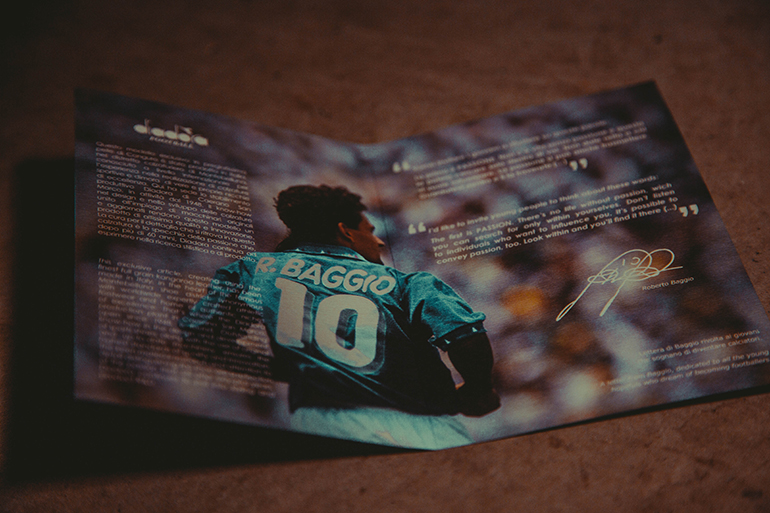 With three minutes remaining in a tie against Spain, Baggio produced a moment of class to seal a late winner, taking Italy that one step closer. He wasn’t exactly going to stop there either, with another two goals coming against Bulgaria in the semi finals, taking his total tally of World Cup 1994 goals to 5!

..and guess what? Baggio scored them all wearing the popular Diadora boots, hailed the Match Winning Boots. So how have Diadora paid tribute to Baggio with this new pair? 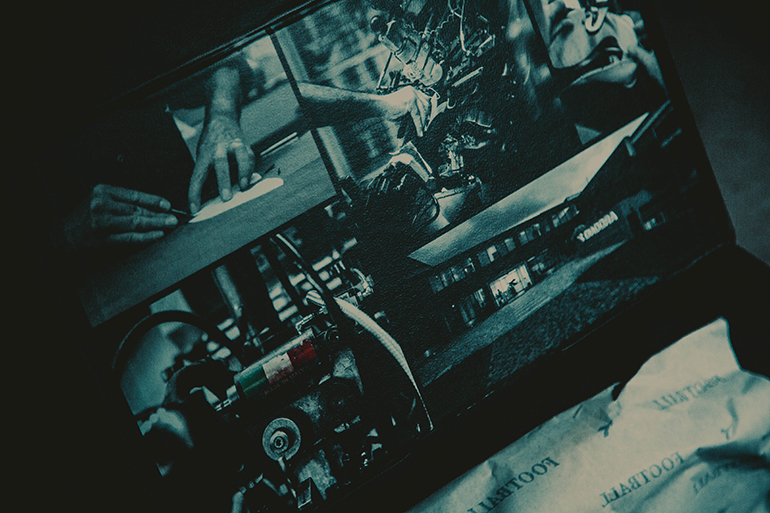 The exquisite detail in the box is a good place to start, with the Italian colours located around the sides and a neat picture collage of the boots on the inside. It’s attention to detail like this that gives you the feeling of class before you’ve even seen the boots, which is a very tricky thing to do.

Inside is a small tribute to Baggio, nicely displayed with an inspirational quote from the man himself. 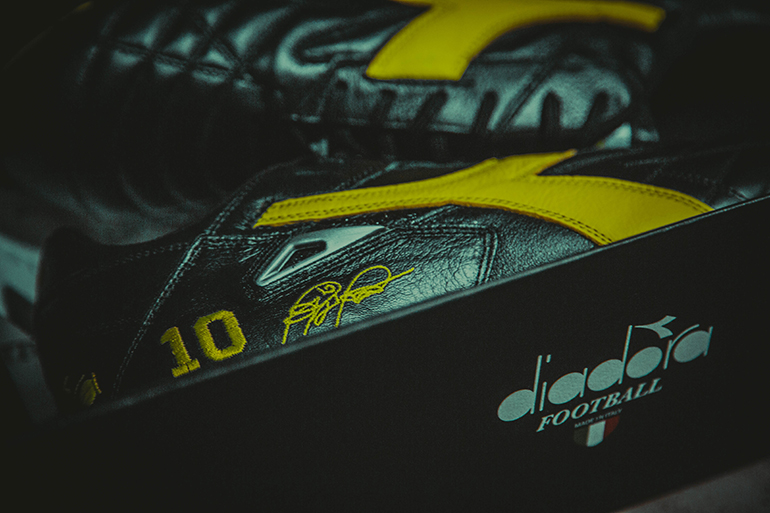 When you find your way to the boots, your first impressions are like that of a child seeing an ice cream van drive past. Excited, happy and cant wait to try them. The super premium Kangaroo leather upper covers the whole boot, with the handiwork of Diadora craftsmen revising the original version with minor adjustments, adding the quality needed to compete with the ever evolving modern day footballer.

Small detailing personalised for Baggio have been added in the boot, with his shirt number, 10, and his signature sitting nicely down the right side. 1994 has also been added to the heel, paying homage to his performance in that World Cup campaign. 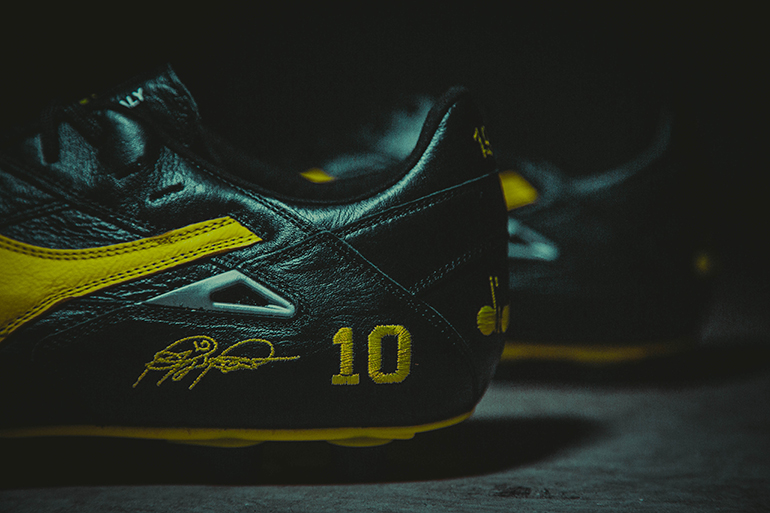 With these minor updates, you might expect them to be more visible on the boot, but the the best thing is, you just can’t see them!

The boots scream that classic old skool look, the one we sometimes forget with all the new modern boots around. The fit of these boots are boosted by the seams, also providing the utmost control on the pitch, whilst the Hydro Synthetic microfibre lining and tongue add  a waterproof layer, which is great if you play in the “Sunny” UK… 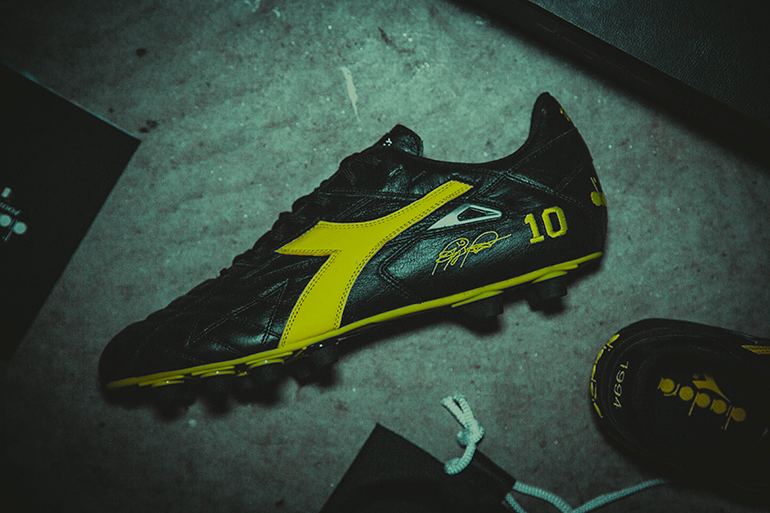 From the first look of the box, to the boot itself, the Diadora x Roberto Baggio is a special product, with a very special storyline to match.

Written By
Josharkon
More from Josharkon
Presenting the Champions of Europe with their brand new Home and Aways...
Read More