It barely seems like we had time to get to know the technically-titled Diadora DD-NA GLX 14, but just 9 months after the introduction of the original, a successor to the historic Italian brand’s lightest ever boot is set for release; the ‘Diadora DD-NA GLX 14 2’  (because, you know, that name really needed another number).

Diadora have made serious leaps and bounds to get their line-up of boots up to the standards of today’s footballing footwear, and the ‘Diadora DD-NA GLX 14 2’ is a great example of that. 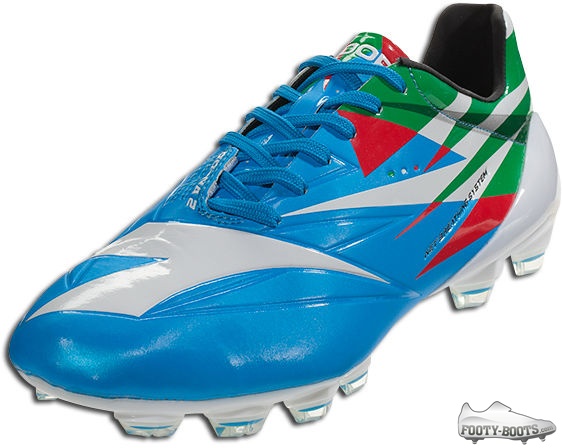 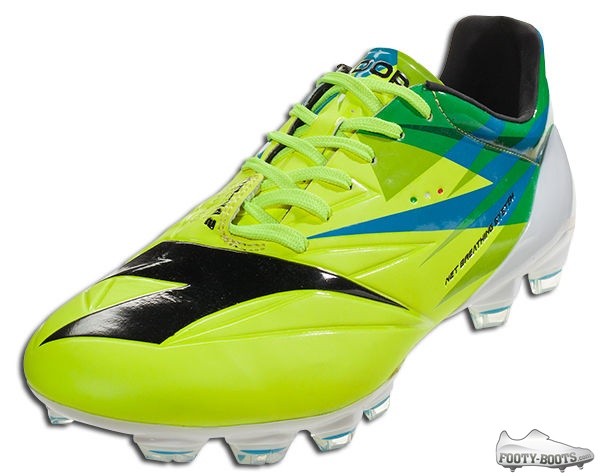 Tipping the scales at 176g, the Italian brand’s speed boot tussles with the elite of the speed boot market in terms of weight, but also manages to pack on a lot of features on that lightweight frame.

The upper retains the SuprellPro3L upper, sandwiching a mouldable synthetic leather between an outer ‘grip’ layer and and integrated inner liner for comfort and control.

The DD-NA range’s upper was a favourite feature on the last incarnation given it’s stretchable nature making the boot accommodating to a wide variety of foot shapes, and Diadora have embraced that feedback here, adding channels to help the boot crease naturally for improved comfort and reduced break-in times.

As you may well expect from a Diadora shoe by now, the Italian brand have worked their NET Breathing System into the shoe; a unique mesh and pebax construction that allows the boot to perform as well as any other boot in the flexibility stakes, whilst allowing air to get into the shoe and moisture to get out.


The ‘GLX-14’ part of the name refers to the stud configuration. Diadora have a 14 stud FG system that blends four classic conical studs for optimum freedom of movement when turning with diamond-shaped stability studs.

Diadora have often been big proponents of Brasilian culture – their most famous boot is, of course, the Maracana – and we can see that once again they have a foot on both sides of the Atlantic ocean with the Diadora DD-NA GLX 14 2’s launch colourways.

The Fluo / Green / Black colourway is an obvious homage to the colours of this summer’s World Cup hosts, whilst the Blue / White version is a little closer to home for Diadora, blending the colours of the Italian flag with Azzurri blue.

Set to launch February 17th, let us know what you think of the ‘Diadora DD-NA GLX 14 2’ in the comments below!

Written By
Kyle Elliot
More from Kyle Elliot
All White, All Fast, the new adiZero gets a fresh whiteout for...
Read More