After yesterday’s upgrade to the DD-NA, Diadora have another fresh look for one of their latest boots; the' Diadora DD Evoluzione 2 K Pro – White / Royal.

The original Evoluzione was received with great acclaim in back in 2012, when it was worn in a memorable European Championships by Italian striker Antonio Cassano, and has since had a refresh back in July 2013.

This White / Royal colour marks the third colourway since then, and the first update of the DD Evoluzione' in 2014 – and we think it’s a great-looking cleat! 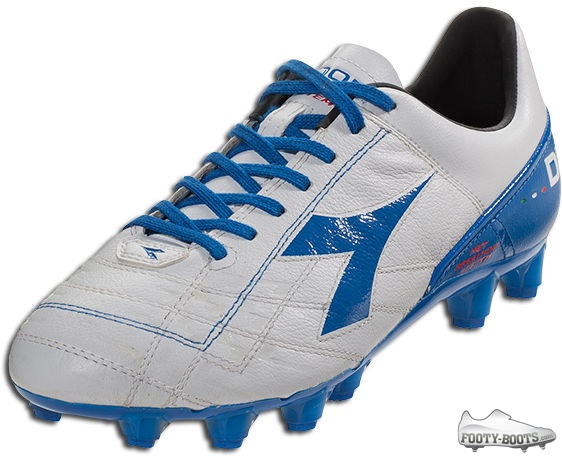 Despite being one of the freshest-looking combos you can put on a boot, the White/Royal colourway is rarely used, so we’re glad to see Diadora kit out this release in such a manner.

Just as with the DD-NA yesterday, we’d like to think this release is a little bit of patriotic pride showing through from the Italian brand, with this colourway a great match for the Azzurri kit. 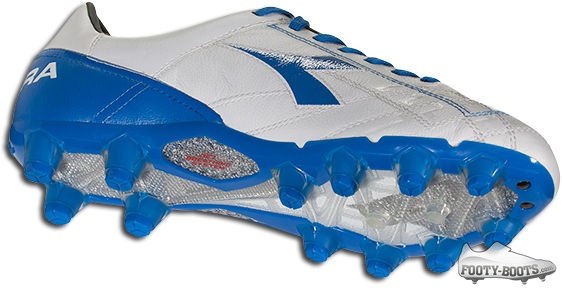 Italy, of course, play England in the tropical city of Manaus in their opening group game of the World Cup and – given the much-touted humidity of the state capital of Amazonas – the Diadora DD Evoluzione 2 K Pro' would be pretty high on our list of boots to recommend to any international stars asking for advice (not that that happens very often!).

The reason? The entire soleplate of the DD Evoluzione 2 K Pro' is infused with the Diadora NET Breathing System. This mesh-and-pebax mechanism uses a waterproof membrane to help circulate air to the feet and allow moisture out – all without letting water or debris into the boot.

Elsewhere, players can enjoy one of the most natural feels on the ball around with Diadora’s signature-soft K-Leather that employs a touch-control finish on the outside and an anti-stretch liner on the inside.

A combination of an Ergos anatomical footbed and shock-absorbing EVA liner also mean players enjoy a comfortable ride, even on exceptionally firm surfaces.

All-in-all, we think it’s a solid colour combo for the Diadora DD Evoluzione 2 K Pro, which not only looks top on it’s own, but would perfectly match a number of kits.

Let us know what you think of these football boots on the boot-o-meter! And if you like the look of them, expect to see them shipping from the Footy-Boots.com store from Late January!