Diadora are definitely a brand that has fallen off the radar over recent months, having only released the Kobra-K in the past year. However, it looks like they’re ready to get serious again with the launch of their latest football boots – the Diadora DD Eleven K! 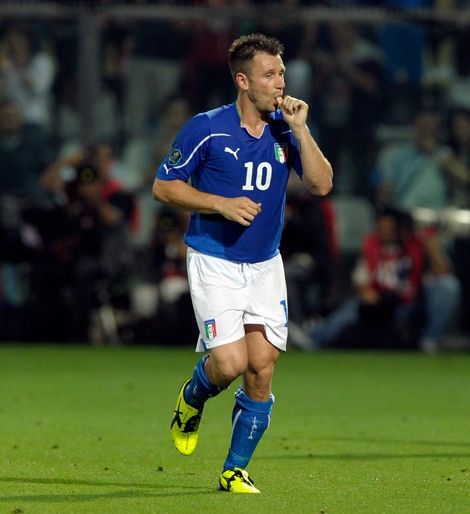 Debuted this past weekend by Italian veteran and long-time Diadora endorsee Antonio Cassano, the Diadora DD Eleven K is already off to a flying start with Cassano bagging the Azzuri’s second goal in a Euro 2012 qualifier against Estonia.

Looking bold in a yellow/black colourway, it’s fair to say that Diadora are perhaps taking a leaf from the adidas book of colourways, as the' Diadora DD Eleven K are perhaps the only football boots bright enough to seriously challenge adidas’ latest electricity cleats in the quest for ‘boldest boots’!

But it’s not just a pretty exterior that draws Champions like Cassano to the Diadora DD Eleven K, as they’re also one of the most technologically advanced football boots on the market at the moment! 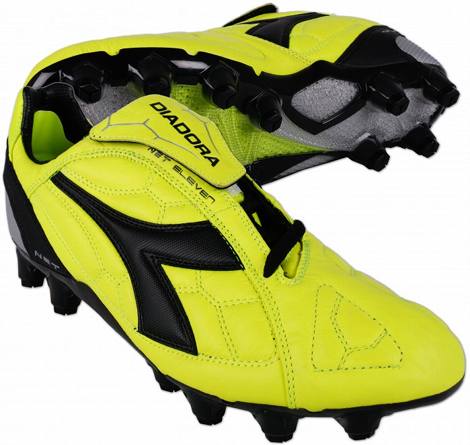 Starting with the upper, the Italian brand have built their latest football boots around a classic Australian K-Leather upper (hence the K in the name) and also added a specialist coating on the instep and outstep.

Dubbed ‘Touch Control Technology’, we’ve seen similar adhesive technologies used on the likes of Nomis and Pel'© Sports football boots in the past, so we have high expectations from it’s tactile usage on the Diadora DD Eleven K.

Diadora also claim that the Diadora DD Eleven K boasts their best ever fit. Based on feedback from pro’s like Cassano, the pre-moulded last is more ergonomically-designed than ever, offering players a pre-moulded fit that will assist control and feel for the ball. 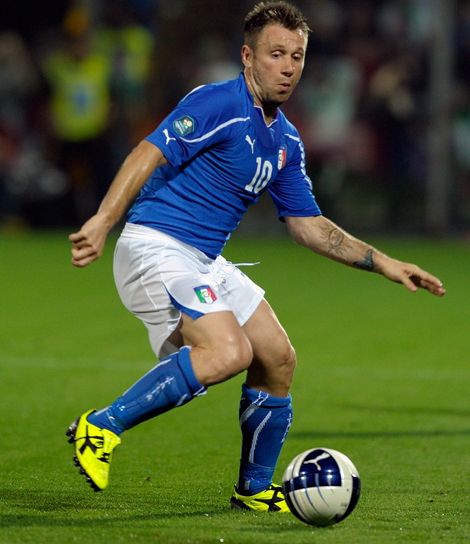 Moving on to the sole, you’ll start to see why Diadora are so proud of the tech on these football boots.

The sole itself uses a GEOxx Net Breathing System which is designed to keep your feet dry whilst keeping water from the pitch out. How? Well it comes down to the Diadora DD Eleven K‘s three-layer construction.

The first layer is a breathable membrane that transports moisture and heat away from the foot and out through the sole, much like the eVent technology on Nike’s football boots, or the vents on a football shirt.

The Diadora DD Eleven K‘s next layer is a synthetic fibre, which protects the first, more fragile membrane from damage from debris from the pitch, whilst still maintaining excellent breath-ability.

The last layer is the outsole, which uses the GX-14 configuration we’ve seen on Diadora’s more recent football boots. Perforated with precision-cut ventilation shafts, working with the other two membranes, it allows heat to escape whilst keeping water and dirt out.

That isn’t the only trick the outsole has up it’s sleeve, either! Diadora have also crammed in two additional pieces of technology into the chassis of the Diadora DD Eleven K; Axel and FlexRotax.

Firstly, the Axel is a thread of Steel Alloy that runs under the ‘spine’ of the foot. Like the Carbon Fibre in a Nike Elite Series boot or the PowerSpine in the new adidas Predator adiPower, it is designed to enforce the foot in key areas when striking and reduce unwanted flex. 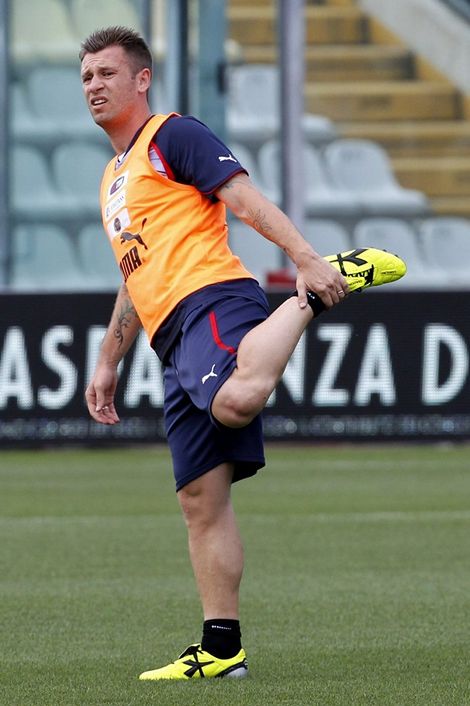 Finally, the FlexRotax – whilst extravagantly named – is mostly money for old rope. Diadora argue that having round studs under the metatarsal on the Diadora DD Eleven K allow for increased manoeuvrability and reduced strain on the knees. Whilst many brands offer lateral – or oblong – studs for better acceleration, we’ve seen this before on decades-old boots like the Copa Mundial and Mizuno Morelia.

Due to be launched in mid-August, the Diadora DD Eleven K weighs 300g per boot, making them some way behind the pack in the weight stakes, but do you think that matters on a boot like these?

What do you think of these tech-packed new Diadora football boots?

Let us know your thoughts on the Diadora DD Eleven K in the comments below!

CASSANO DEBUTS DIADORA DD ELEVEN K, 8.7 out of 10 based on 49 ratings https://www.footy-boots.com/wp-content/uploads/2011/06/CASSANO-DEBUTS-DIADORA-DD-ELEVEN-K.jpg

Written By
Kyle Elliot
More from Kyle Elliot
adidas are on the road to Wembley once again with this stunning...
Read More