There have been plenty of boot gimmicks throughout the years – some great, and some not so great.

However, most have served up some sort of purpose; a means to an end or advantage that is either real or purely mental – we think we’ve found one that’s actually a disadvantage: the Diadora Cambio.

Now, Diadora are a company that have historically produced some excellent boots – from heritage classics like the Maracana to the Evoluzione’s Cassano wore last year, but the Cambio is – well – the opposite of what made those boots great. 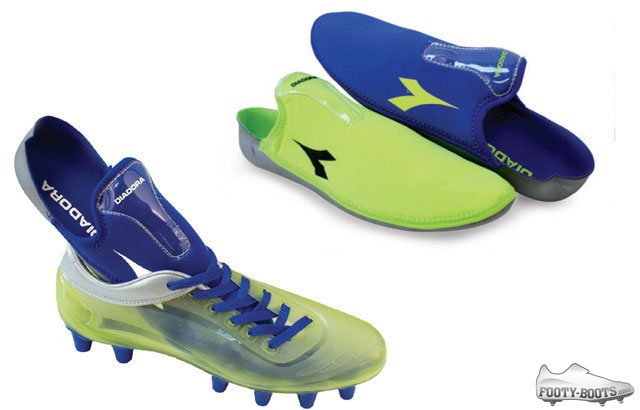 The core concept of the boot allows players to interchange the sockliner/inner of the boot inside of the Polyurethane upper – allowing players to ‘express their on-pitch style’ by choosing either an all-yellow (that actually looks quite good) or a blue-trapped-in-yellow (that just looks kind of misguided).

Now, when a football boot is called excessive or gimmicky, we’re always one of the first in line to defend it. To us, it’s important that brands have room within the marketplace to innovate and take ideas into practice – even if they only offer a minuscule advantage to a player.

However, our main concern with the Cambio is, whilst the sockliner looks pretty soft, the upper looks smooth – so surely the sock slipping and moving inside the upper is inevitable? 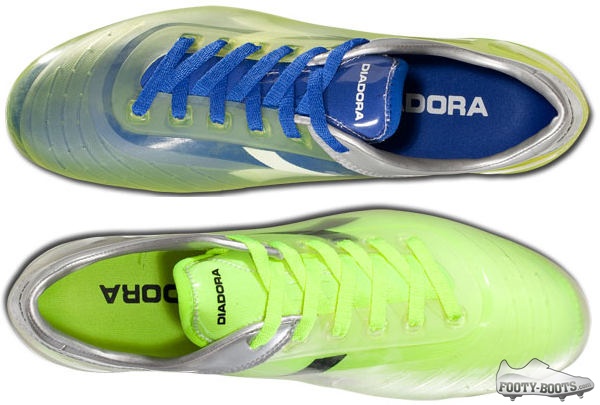 At $75, it’s hard to be too harsh on the Cambio – but at the same time, hundreds of man-hours will have gone into something that us almost entirely without any merit in terms of performance.

Innovation is what has driven football boots to become the multi-billion dollar industry they are today, and with boots like the GLX DD-NA 14 and Evoluzione II K Pro on the horizon, Diadora could have a lot of say in the future of boots, too.

But for now, they’re left with a boot that is a gimmick too far.

Do you have any boots that you think are a little too gimmicky?
Let us know in the comments