How’s this for confident? Online bookies Blue Square are paying out early on bets that Roberto Di Matteo will be kept as Chelsea manager, as a way of throwing their backing behind the Blues’ Chief after last night’s defeat to Newcastle. 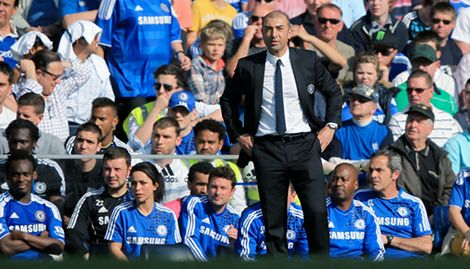 Today, leading betting company Blue Square is throwing its support behind Roberto Di Matteo by paying out early on the Swiss-born coach in the next Chelsea manager market.

As speculation continues ahead of Saturday’s FA Cup Final showdown with Liverpool, Blue Square is rewarding punters who have shown faith in Di Matteo keeping the Stamford Bridge hotseat.

Last week’s resignation of Barcelona coach Pep Guardiola led to increased speculation that the Spaniard was being lined up for the Chelsea job and that Di Matteo was for the exit, but what has he done wrong?

Blue Square spokesperson Alan Alger said: “To be honest if you look at what he’s achieved in the short time he’s been Chelsea caretaker boss it’s utter nonsense that other candidates are even being considered.

“Irrespective of what happens in the FA Cup Final, we think Di Matteo is the man and we’re happy to pay out on him now.”