As we know, adidas are using Leo Messi’s football boots to tell the story of the Argentine maestro’s career to date.

Kicking off late last year with the Messi 10.1 MiRoras10, adidas continue charting Messi’s journey to the top with the Pibe de Barr10 edition – a new take on the f50 adizero silhouette inspired by the hometown streets that Messi honed his skills on.

So, how better to deliver a stylish football boot, inspired by Leo’s childhood and injected with some of that #ThereWillBeHaters attitude than by bringing in a local artist to design the graphics?

Rosario native and highly-regarded designer Ignacio Valentini talks us through the colours and shapes that he developed exclusively for adidas’ latest release. 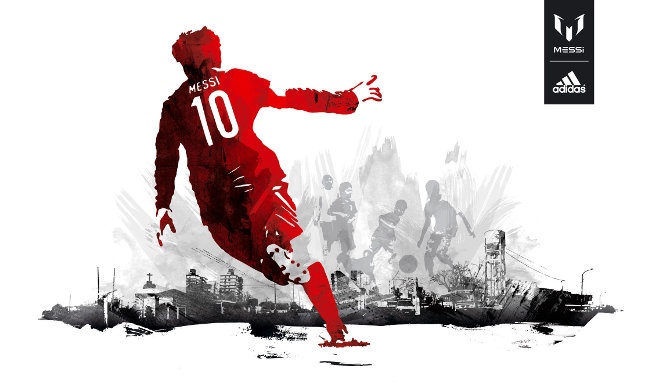 What is the design inspiration behind the Pibe de Barr10 boot?

The entire collection was focussed on the idea of representing the beginnings of Messi’s football career – his neighbourhood, the streets of Rosario, the square where he used to play, the school. Once we’d individuated the graphic style of each scenario to be narrated with images, we set to work.

I asked some friends in Rosario, my home town, to help me out with a photographic shooting of Las Heras’ neighbourhood, where Messi grew up – perspectives, particulars, panoramics – everything that could capture the essence of who until today still remains “un pibe de barrio” (‘uptown boy’) as well as being the best player in the world. 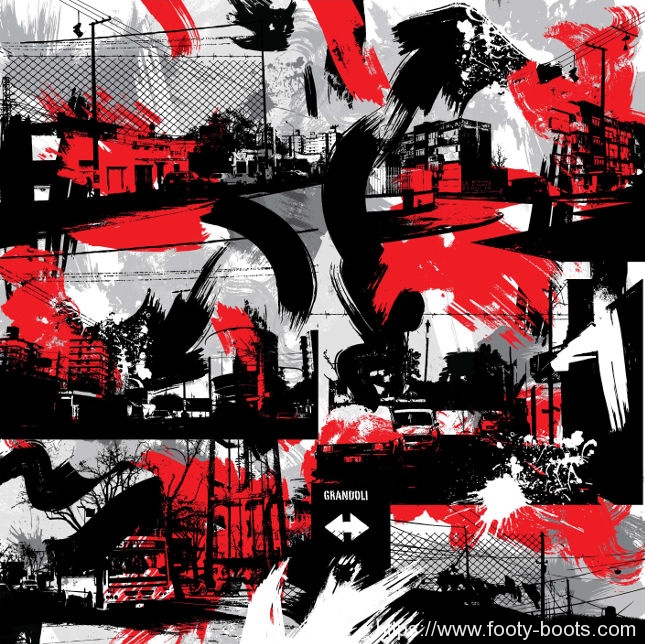 Can you tell us more about the design specifics around Rosario, and how they relate to Leo Messi’s footballing style?

The idea was to create a design which could merge the originality of Leo’s style with the authenticity of the place where he grew up. Bring to life the roots of the place he was born and raised.

And so, his playing style was represented by swift, instinctive , unexpected brushstrokes, as if to imitate the now trademark Messi moves – sudden changes of direction, explosive acceleration or just a masterful touch to take it past another player.

No matter whether you are in the defence or behind a camera, you just can´t keep up with his dribbling pattern.

The neighbourhood was represented in the style of street art, reflected in every corner of the streets. The images were reworked with stencils, spray and roll in order to obtain a “street” mood.

I love to think of Leo as an artist, his canvas is the court, brushes are his legs, the ball, his muse, and when he scores… his masterpiece.

What was it like working with adidas and Leo Messi?

It was a pleasure and honour to work with adidas Football for the Pibe de Barr10 apparel and footwear collection for the world’s best player, my fellow citizen Leo Messi.

Thanks to this project, I had the opportunity to work with designers from different countries, from different cultural backgrounds, in an extremely stimulating and creative environment. 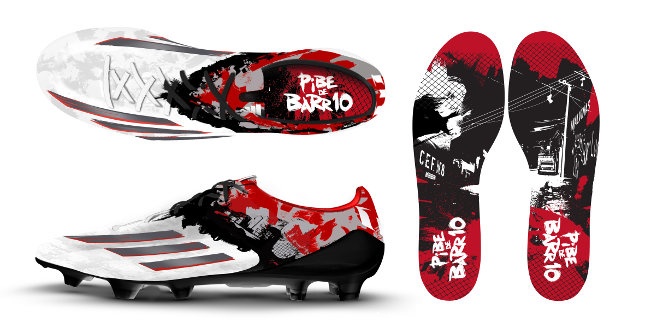 How were you initially approached by adidas?

The Head of design of at adidas Football Gerald Kuhtz noticed me and my work. I greatly thank both he and Team Messi for the attention I received during my visit to the adidas Headquarters in Herzogenaurach, Germany.