Have you ever wondered what it would be like to design your own football boot and get a professional footballer to wear it?

As part of the Premier League ‘Creating Chances’ community programme, North East school children have had the chance to develop and market a football boot for Middlesbrough midfielder George Boateng. 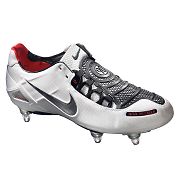 Former Dutch international Boateng currently wears Nike Total 90 Laser’s, but was interested in finding out new and innovative ideas that could be brought to the world of football boot design.

The Riverside favourite was impressed with the finished products, saying “they came up with ideas that we adults wouldn’t even think of, and some ideas that I would really like to see like thermal heating and football boots in the colours of the home and away kit, so hopefully those things will be introduced in the future.”

Boateng hopes that the enterprising designs would “motivate and stimulate” the students to act on their ideas. The Ghanaian born player was particularly taken by a design for thermal football boots. “My feet start getting cold in October, so I would be the first to buy some!”

What creative ideas would you bring to the world of football boot design if you worked as a designer for one of the big football boot brands?

Written By
Felipe
More from Felipe
Yesterday's release of the Manchester United away shirt for 2009 / 2010...
Read More