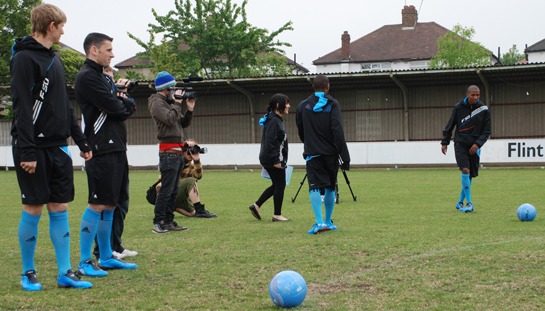 Star forward Brogan gave the Premiership trio an exclusive GAA training session where the adidas soccer symbols were taught the basic rules of GAA, including soloing and hopping the ball, catching and hand passing.

After taking Brogan’s tips on board, Defoe, Young and Pavlyuchenko put what they had learned into practice by combining the GAA skills and taking on a goalkeeper as part of the adidas F50i challenge.