The modern football boot often claims to suit specific playing types and specific player positions. Fast strikers, exceptional wingers, midfield dynamos, all seem to have a wealth of football boots structured and advertised for those positions. But, what about defenders?

Ron ‘Chopper’ Harris and Bobby Charlton 1973. Chopper Harris is regarded as one of the toughest defenders of all time, an ideal candidate for our defenders football boot.

We’ve already seen the success that companies have enjoyed by associating player styles to specific boots; Air Legend II’s and Fabregas, Predator PowerSwerve’s and Gerrard, the list goes on. Could coupling the endorsement of a world-class centreback with a completely new pair of football boots designed specifically for his job on the pitch be another smash success?

Currently, three options from three manufacturers offer a glimpse of what a defender-oriented boot could offer, but none of these strive purely to be the choice of the back-line athlete.

Nike sponsored Fabio Cannavaro; Cannavaro opts for a set of Total 90 Laser II’s, a versatile and popular all-around choice, though their image is namely power and attacking due to the play of their best-known user, Wayne Rooney. 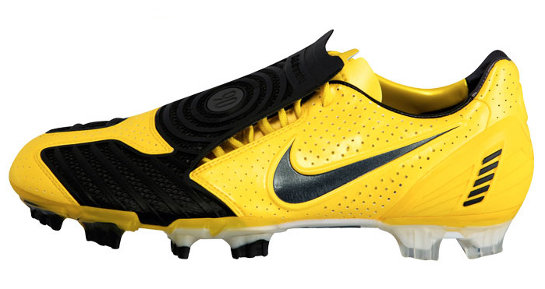 Umbro’s talismanic endorsee John Terry has been wearing the SX Valor II, but are these boots really aimed at back-line players? Haven’t they lost a little credibility after the 2008 Champions League slip?

Lastly, there are the Puma v-Konstrukt III, worn and advertised by Manchester United’s Nemanja Vidic. While these are certainly the closest I’ve come to seeing a “pro-defender” model, with their emphasis on protection of the foot and safer ball control via a ‘glove-like fit’, in my eyes these also fail to set themselves apart as a premium must-buy for back-line types.

There is room for improvement. Defender oriented football boots would need to feature some innovations purely directed towards the backline player, and strive harder to be the first choice of the last line of defence. I came up with a concept that aims to do this:

Firstly, this boot would feature a bright, distinctly coloured heel to help linesmen better detect an offside. Contrasting with the pitch and the rest of the player’s football boot, this addition would make for an easier sightline for linesmen making that tricky call. Sounds gimmicky? It would be a hit with defenders looking for anything that might give them a slight edge and get that offside call.

Secondly, such a boot would be relatively heavier than others on the market, making it better for “hoofing” balls out of the danger area and avoiding disastrous soft-touches that result in own-goals, or clear breaks for opposition strikers. Additionally the heel counter would be stiff to enhance the durability of the boot and keep the feet of the player safe during all those firm tackles and scrambles in the box. These attributes would make for a heftier football boot that could be marketed as tough, reliable, and gritty. Just like an ideal defender. 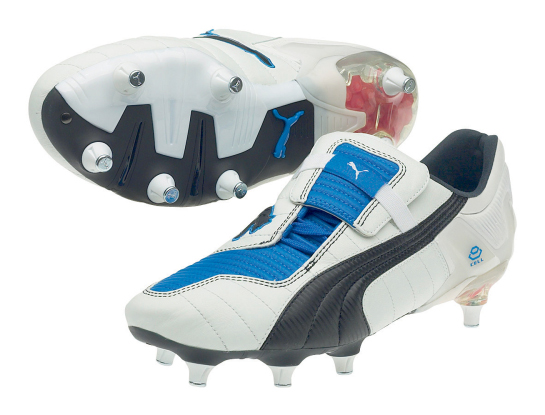 The football boot of choice of Nemanja Vidic, the Puma v-Konstrukt III

Thirdly, I’d suggest the new boots would be built with ‘shot shield’ technology and off-centre lacing to help eliminate the possibility of a miss-touch or a loose boot at the worst possible time. These minor details may seem trivial, but in front of net, no chances can be taken.

Lastly, a proper name would be required to emphasise this imaginary football boot’s lofty aim to be the #1 choice of defenders worldwide.

Fellow Footy Boots contributor Andy suggested one I rather liked – the Row Z’s – nicely capturing the defensive mindset of the boot. 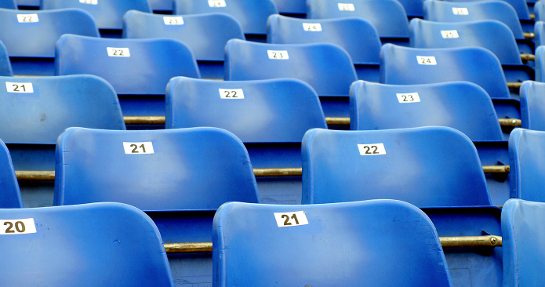 Stick it in the stands son!

My personal choice was something much less creative – the Zero – a name purely with strategic marketing in mind, my imagination already having filmed the commercial: “Zero Chances. Zero Goals. Zero Regrets. Zero.”

Regardless of how the imagination runs away with such an idea, this seems to be an area on the pitch where players have yet to been offered a boot to call their own. What would you name such a creation? Or better yet, what would you include in your defender-based design? Let us know by using the comments section below.

Written By
Felipe
More from Felipe
For the fourth time in the Champions League, Liverpool and Chelsea battle...
Read More