Anyone who has been keeping up with Nike Football on Facebook will have no doubt noticed some of the excellent practical tips and tricks that have been posted up based on Andres Iniesta’s playing style to promote the new Nike CTR360 III.

As well as the centre-circle drill, Nike also posted up the Iniesta Challenge; hit both posts and the crossbar with laser-accurate first-time passing to register points, whilst your team-mates feed you the ball at varying angles and speeds.

Thankfully, Nike have a perfectly good set of testers in the form of ‘The Chance’ volunteers – currently on Day 4 of the Global finals.

Four of the young hopefuls took on the challenge, with David Fernandez racking up 6 points to be crowned the winner in front of the crowd. 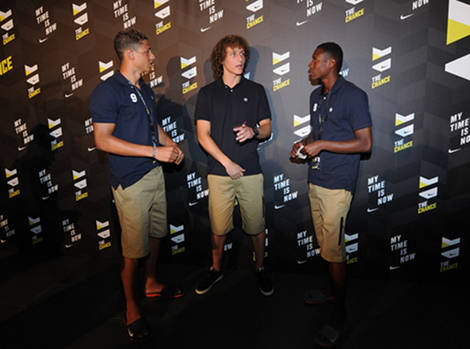 For the rest of the The Chance’s Final 100, Nike had another surprise in store as Chelsea’s David Luiz flew in to talk to the youngsters, answer questions and provide pointers.

The 2012 Champions League winner and Brazil international was on top form (which, if you follow him on Twitter, you’d expect!) and was full of words of inspiration for the Final 100. 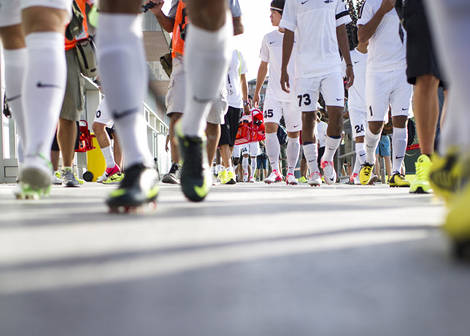 However, when the gifted group left the training field yesterday afternoon, they knew that only 52 of them would be returning this morning as the Nike Academy coaches made their first cut.

Either way, when you look at the experience these gifted young players have had (not to mention the swag!) we’re sure that even the first 48 to come home from Barcelona will still be happy that they got their own shot at The Chance.

Written By
Kyle Elliot
More from Kyle Elliot
One of our favourite looks so far for the Maestri, check out...
Read More