“Every week it’s a different team, which means different pitches and as a result I have to make sure I always have the right equipment to suit.”

In this article I try and give you an insight into some of the gear I use as a Pro footballer, enjoy!


Some weeks the pitches are hard and other times they can be like mud baths. To make sure I’m prepared, I like to carry four pairs of football boots; Two pairs of moulded boots for firm grounds and 2 pairs of studs for softer grounds. 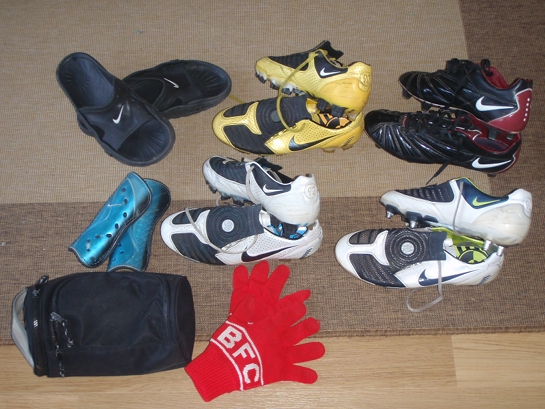 If a pair of boots tear or something’s wrong, I always have a backup to ensure that I play. I personally prefer to wear Nike boots and have done for the last few years now. Every player has their own personal preference for comfort and style.

I happened to start using the T90 Laser range when I signed for Brentford, the day before my Nike Mercurial Vapors had split and I didn’t have a pair of boots that I felt comfortable in, so my mate Gary Borrowdale (QPR/loan Charlton) gave me a pair of his, I loved them. 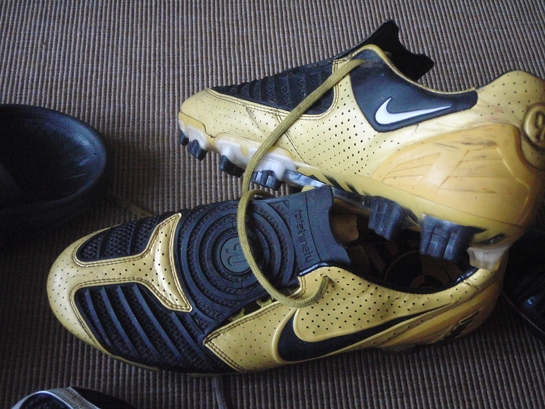 I prefer Nike, Adidas are good but I’m yet to find a pair that I feel good in, I hear they have a new design out soon (adiZero, Ed)which might be the ones for me. I usually wear Nike Vapors purely because they are so light, I hate playing in boots that are heavy, and the vapor studs are great too.

The new superflys are next on my list to try out; I’ve had Legends and Tiempos but I didn’t like having tongues on my boot so I’d always cut them off. As much as I tried to like these football boots, they were too heavy for me – especially when its raining.

The good thing is every time a new design comes out they are lighter so maybe the next release is for me. Everyone has different opinions, some lads in my team have really wide feet so Vapors are a no no as they are too narrow. 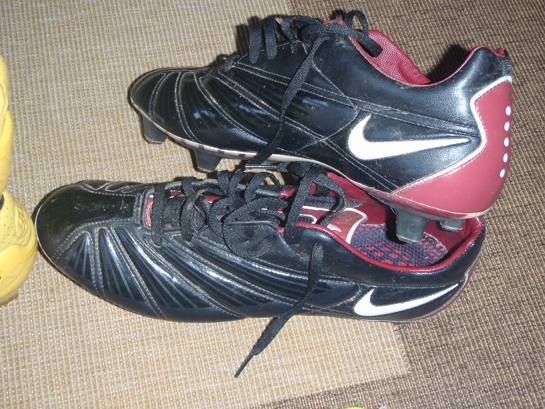 The new T90 design is great for striking a ball and if caught on the right spot, the ball will move all over the place which is a nightmare for keepers. They are lighter than Legends and the vented uppers do cool my feet, which make a difference when it gets hot.

I do however find that when wearing them on hard pitches I get a rubbing pain on the outside of my little toe which other players have mentioned too. Like I said, I have my eyes set on the new Superflys but until then the T90’s have done a great job.

In addition to my football boots, I also carry the following'  in my match day bag; Shin pads, (I’ve had for 4 years) not that this is something to be proud of as the smell can be quite….unpleasant, to say the least. 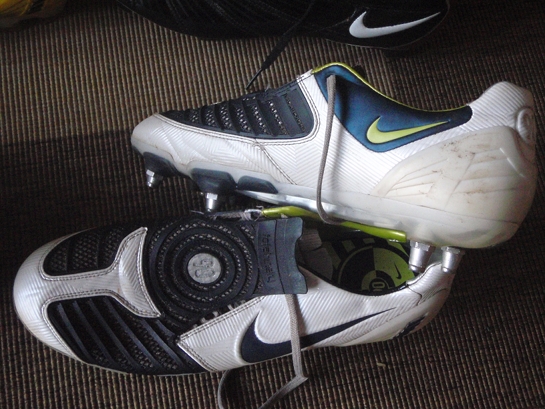 Brentford FC gloves and hat which I take everywhere with me as you never know when you’ll need them! Flip flops, which are a must have as if anyone in the squad doesn’t have a pair, they’ll be straight in my fine book and will have to pay the price!!!

Last but not least is my wash bag. Here you’ll find the usual; Deodorant, Shower Gel (which half the lads nick), Moisturiser, Toothpaste, Nail Clippers, Watch, Plasters and Paracetamol.

So this was a quick little glimpse at what I take to every game, home or away. All players prepare differently to suit their needs and routines, this is mine.

Failure to prepare, is preparing for failure…

You can also catch Hunty on his own blog “Life of Another League” or at Twitter.

Written By
Felipe
More from Felipe
Introducing the latest colourway of the Nike Mercurial Vapor Superfly which will...
Read More