As David Beckham plays not just the last game of his contract for PSG, but the last competitive game of his storied career, adidas are helping the former England captain celebrate in style.

Practically a career-long adidas Predator wearer, the Three Stripes have created a final bespoke pair for the midfielder to wear in this weekend’s game against Lorient. 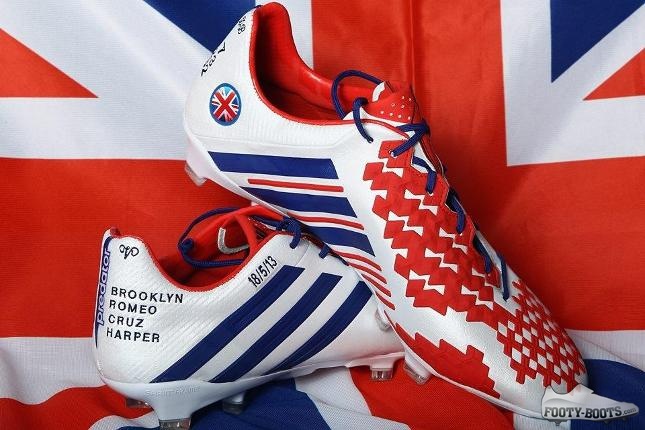 Created using the miadidas service, adidas have whipped up this one-off colourway in the colours of the Union flag of the United Kingdom – befitting of his place as a British Icon, and not just an English player.

As you’d expect for a player that helped popularise the notion of personalised boots (bar having the kitman scribble your number on the sole somewhere), adidas’ have left Beckham’s final football boots with no shortage of trimmings.

From his usual list of kids’ names and wife’s initial, Beckham’s last pair of adidas Predators will also boast the date of his final game, and a list of the shirt numbers he has worn throughout his career. 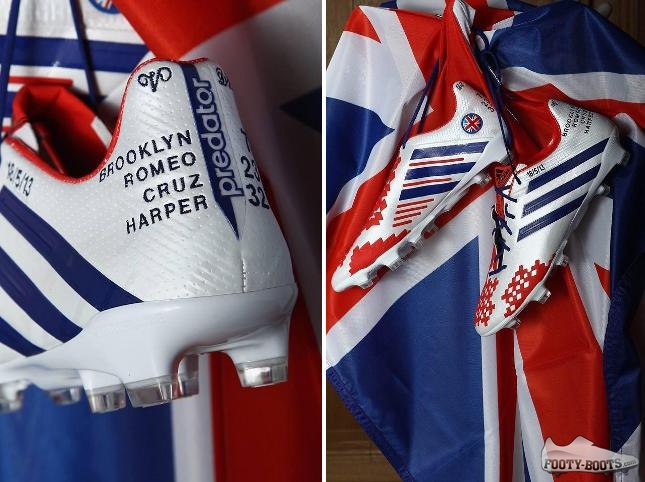 “On behalf of adidas we would like to congratulate David Beckham on what has been a glittering career in football. He has won titles for every team he has played for, playing a key role on every occasion.

He was a loved and adored captain of his country, a position he relished and thrived upon. For us at adidas David was one our most celebrated icons and has been one of the faces of this brand since 1996, playing a fundamental role in our work on football, the London Olympic games, training and Style business, to name just a few.” – adidas

Sharp-eyed football boot fans will also notice that these aren’t your average Predator LZ – in fact, they’re the new model for summer this year.

We won’t talk too much about the tech-specs, here – but you can read up on them a little more later this weekend on Footy-Boots.com.