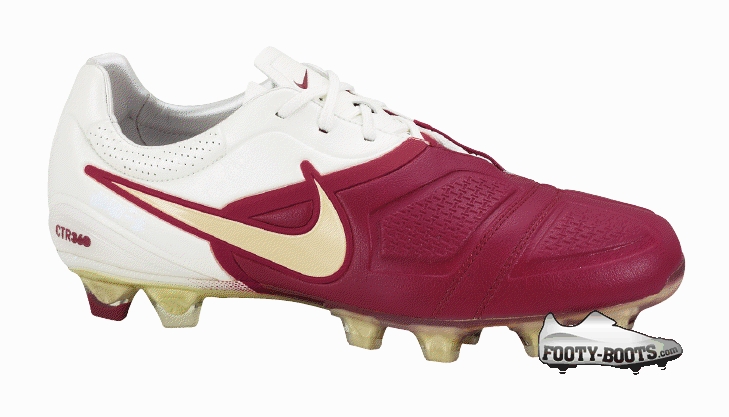 Dubbed the ‘Arsenal CTR360’ by many who’ve seen it leaked, the new Team Red/Metallic Gold/Summit White CTR 360 Maestri is a real class act. The combination of colours on the upper and the Gold in the tick and the sole plate really set this boot off nicely.

Following the Arsenal CTR360 idea, if Cesc Fabregas returns from injury in time he would be the ideal candidate to debut this classy new football boot this afternoon against West Ham.

Though he’s not the only one who might fancy this colourway, prolific Aston Villa midfielder James Milner would probably find these would match both his home and away kits quite nicely – and the same could be said for Sergio Aguero at Athletic Madrid!

We’re expecting these football boots to be a hit across Europe, and we know from our testing that the CTR360 Maestri are a great pair of boots!

Thanks as usual to Nike for the images!

The new Team Red/Metallic Gold/Summit White CTR 360 Maestri will be worn for the first time this weekend, and available at retail from the 1st of April 2010

What do you think of this colourway? Let us know in the comments section below, or get in touch with us on our Twitter!

Written By
Felipe
More from Felipe
Michael Owen may walk way on a free transfer from Newcastle at...
Read More