Footy-Boots.com headed down to Niketown London last week to see what the professionals thought of the new CTR360 II – we grabbed a quick chat with Rafael Van der Vaart to see why he loves his new football boots and how they got him in trouble on the training ground! 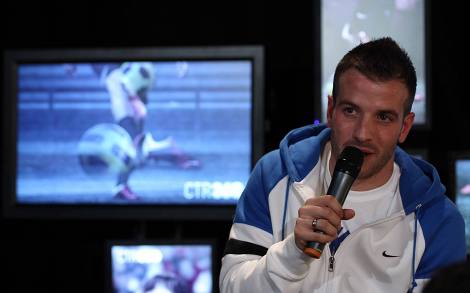 Few players come into the English Premier League and make what you would call an ‘instant impact’. Some of the greatest players ever to play in the top flight have taken as long as a season to ‘warm-up’.

One player who you can safely say has made such an impression on the players around him is Rafael Van Der Vaart at Tottenham Hotspur. The Dutchman arrived under last-minute circumstances from Real Madrid and at the time of writing has notched 9 goals in 16 appearances.

But that goals don’t tell the whole story, ‘Rafa’ has become one of the new generation of Playmakers in the Premier League, linking with Tottenham’s many strikers and carving out opportunities where a more ‘forward’ striker would fail, making him a perfect candidate to wear the CTR360 II. 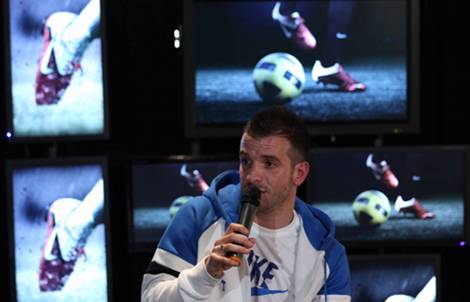 Designed around ‘taking control’ it’s a concept Van Der Vaart is familiar with, so why does the Dutch international choose the CTR360 II over any other pair of football boots?

“I really like the CTR [range], it’s the feeling – some boots are better depending on the position where you play. But, I tried these, liked the feeling and for me they are the best boot. I played a few years ago – trying out the Mercurials – but the leather on these is much better”

Which is high praise coming from the Spurs schemer – having played at Hamburg in the Tiempo Legend, Madrid in the Laser II and by his own admission played in the Vapor series – he’s had experience in all of Nike’s 4 main football boots!

From his trials in so many pairs of cleats, Rafa was keen to point out why he feels the right boots do make a difference to a player:

“The new CTR360 II is a great boot, the best I’ve ever had in fact. When the boot is right for you, you play better – inside the boot is softer, it’s nice to wear them – fantastic” nodding in approval at the red and white cleats in his hands. 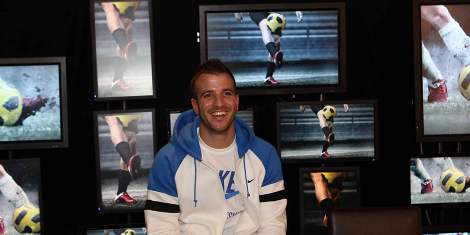 But those same Red and White football boots did land the Dutchman in some hot water with his team mates recently….

“I’m always excited [about new boots] – I’m most excited about the colour. But, because this colour is White and Red, I came on the pitch for training and they [Spurs Players] said ‘I think you’re going to have to change the colour because the fans aren’t going to like them’!”

It all had a happy ending though, as Nike were only too understanding of Van Der Vaart’s dilemma;

“I asked Nike to change the colour to White and Blue, so now I really like them!”

So, if you’re planning on buying a pair of the White/Blue Spark CTR360 II, you can thank Rafa for the nifty colour-scheme!

Written By
Kyle Elliot
More from Kyle Elliot
The Nike vs. adidas battle over Mesut Ozil has ended, for now...
Read More