Building a new breed of football boots from the ground up for one of the best player’s on the planet shouldn’t be a rush job, but when you’re talking about Nike’s fresh approach to making the world’s fastest, faster then maybe it would be pretty appropriate.

In their latest video (that doesn’t feature Zlatan), Nike are going back the the drawing board – or at least, the concept sketches – that birthed the all-new Nike Mecurial Superfly IV.

However, in just thirty seconds, Nike take us from their design labs in Oregon all the way to Brazil and the feet of Cristiano Ronaldo (via their player-specific factory in Montebelluna) to  show how their fastest boots ever have been created for moments like the ones Cristiano hopes to create tonight as Portugal open their World Cup. 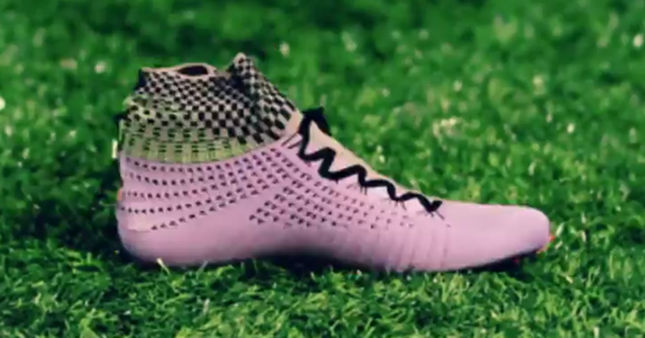 The video also caught our attention as – despite the brief runtime – Nike do show off some of the prototypes that were used to influence the final product, including this fetching lilac number.

Thoughts on the video?