Ahead of one of the biggest months in Real Madrid history, Cristiano Ronaldo reveals to Footy-Boots.com whether it’ll take more than just his new Nike CR Safari football boots to boost his confidence ahead of a season-deciding run of games.

Champions League, La liga, the Copa del Rey final, possibly four clÄ‚Ë‡sicos in a row '¦ what feelings and emotions come to the fore in these decisive months when everything is in play? Are you excited? Nervous?

I˘€žËm not nervous, no. I˘€žËm excited. It is the moment that we can win everything or not win a thing '¦ 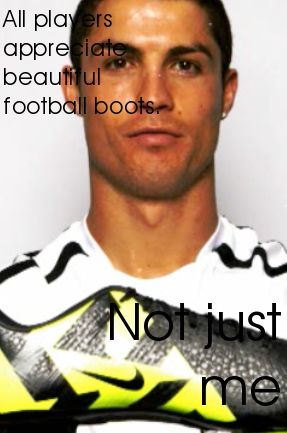 Has your preparation changed at all because of the importance of these games?

No. It has changed because of my injury. I work in a different way at the moment because I am injured; I am preparing according to my condition not according to the games coming up. But I now feel fit and ready.

Do you watch opponents? Do you alter your game according to who you are up against?

No, I always try to do the same things. It doesn˘€žËt matter which teams we are up against or how they play, I always do the same. One thing is a match on paper, another is the game itself. It is completely different, so you can˘€žËt alter things Ĺ› the theory is not always the same as the game. I just do what is the best to help the team

Does training change in these months of big matches?

What I have done well, I try to maintain. I always do things the same way if they work Ĺ› and I don˘€žËt mean all season long, I mean always, every single season. I worked the same at the age of 17 or 18 as I do now at 26. If things go well, I stick to that. I always do the same.

When you look back on games you watched as a kid, are there any that stand out? Are there games that inspired you?

The World Cup in 94 that goal when Brazil won the tournament. I remember watching in Madeira with my family and we were supporting Brazil. That was good memories. That gives me good things: you always look for the best games and tournament to inspire you. That was very, very good for me.

How fit are you for this key month?

I feel well now. I have been running, I feel very, very good. I want to look forward to being back on the pitch. When you don˘€žËt play you miss it. I missed one or two games for Madrid and for the national team. I don˘€žËt like to be at home and going inthe afternoon and the morning for treatment Ĺ› it is boring. I prefer to play. 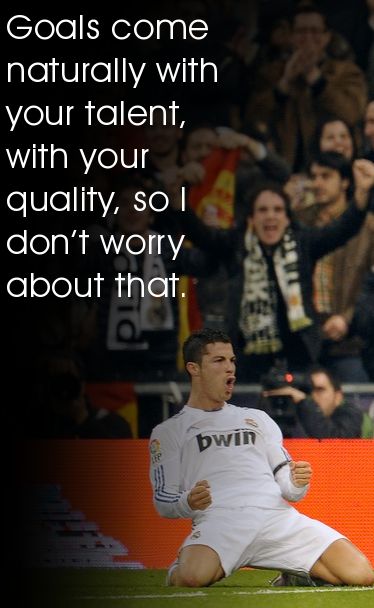 Mourinho has talked about the tiredness of the squad, with so much travel and so many games '¦ how do you see it?

Which players have most impressed you at Madrid this season?

The most impressive: Marcelo has done very well. Ozil, for his first year, has been fantastic. Pepe has played well. Carvalho '¦

What about for other teams?

Honestly, I haven˘€žËt thought about them. But many impress me. I am happy that I play in the most competitive and strong league in the world. I play against many, many good players.

You say Spain is the strongest league in the world: how does it compare to England?

For me, they are the two strongest leagues for sure Ĺ› the Premier League and Spain.

What are the differences between them?

In Spain it is more tactical, the players have more quality to keep the ball. But in England I loved it too: it is stronger. It is quicker than here. The leagues are similar in some respects and different in others; they˘€žËre the best leagues, for sure.

You˘€žËre scoring an astonishing number of goals. How much do goals motivate you? Are they a key part of your objective?

Not really. I always try to score goals and play well and help the team, or to provide assists. I don˘€žËt think: ‹Ĺ›I have to score every game˘€žË. If you think like that, you don˘€žËt score goals. Goals come naturally with your talent, with your quality, so I don˘€žËt worry about that. If you and the team play well, that happens naturally.

For the rest of the interview, make sure you head over to Footy-Boots.com’s official Facebook page to find out what Ronaldo makes of Mourinho, the importance of winning and whether defenders are too rough with him!

Written By
Kyle Elliot
More from Kyle Elliot
We've got 3 pairs of one of 2011's most talked-about football boots...
Read More