Cristiano Ronaldo, Old Trafford, the hush of an expectant crowd. All the familiar ingredients were in Manchester, but with one big difference: CR7 wasn’t playing. He was unveiling the latest and lightest instalment in the Nike football boot dynasty – the Mercurial Superfly.

Being the figurehead for the Mercurial Vapor Superfly, World Player of the Year Cristiano Ronaldo was on stage to take questions from the press and this is what he had to say about the new football boots. 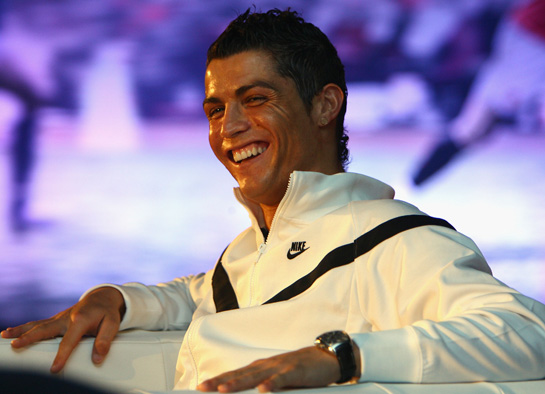 I give feedback about what I like best, what makes me feel good and things I’m accustomed to. Nike listens to my feedback and they improve the boots each time. This boot is very different to the one I’m using and I prefer these to my old boots. The Mercurial Vapor Superfly is much lighter and helps me attack faster.

And of all the boots out there, why is the Mercurial so special?

Since I was 16 or 17, I’ve always played with the Mercurial. These boots are very different to others – they’re much lighter, but I think the boots are perfect to play in. It is something very special to play with these boots because they are known for being fast. For people to associate speed with my style of play is flattering.

Although the Mercurial Vapor Superfly, blacked out, was used by Didier Drogba recently (Superfly Spotting) playing for the Ivory Coast, Cristiano Ronaldo will officially wear the football boot for the first time against Inter Milan on the 11th March. He will be up against Zlatan Ibrahimovic, who will also be in the new Nike Mercurial Vapor Superfly.