Real Madrid’s Cristiano Ronaldo was the main attraction in the Spanish capital last night at the unveiling of the inaugural Castrol Rankings – the world’s first rankings based on the actual performance of every football player across Europe’s top five leagues. 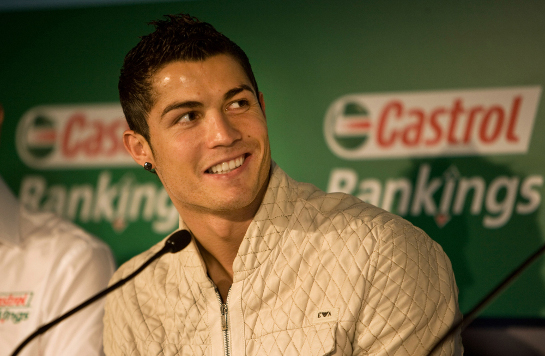 Whilst all other football rankings are based on opinion, these have been created using 100% objective analysis and accurate data to measure every pass, every tackle and every single move of over 2000 players. It hopes to draw a line under the age-old debate about who are the best performing players, and may even answer the much-disputed question of who is the greatest current footballer?

12 months in development, the Castrol Rankings are updated on a rolling monthly basis, so from now on football fans can regularly check whether KakÄ‚Ë‡ is out-performing Gerrard, or whether Messi is proving more effective than Thierry Henry (which he’s not by the way – see below).

Fans can also customise the rankings by player nationality, position or club, allowing them to compare the players or teams they support. 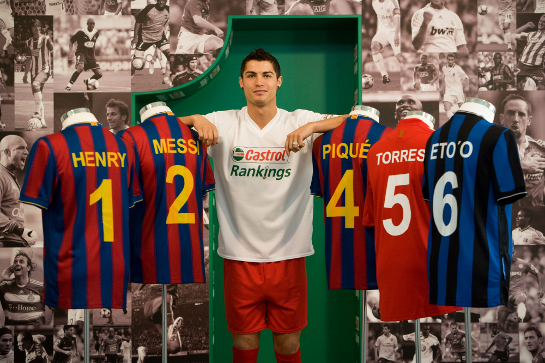 As for the player currently topping the charts, that honour goes to Barcelona’s Thierry Henry.

His efforts in front of goal are what have made him the stand-out player of the last year. The French international scored five goals and provided three assists during Barca’s successful Champions League campaign and has contributed a further 18 goals and eight assists in La Liga during the 12-month period all of which have helped him become the world’s best performing player.

The key to Henry’s success has been the accuracy of his shooting with the forward finding the target with an impressive 70% of his shots compared to an average of 42% across the five main European leagues.

Henry currently leads the way with 978 points, 14 ahead of his Barca team mate Lionel Messi. Cristiano Ronaldo is in third on 914, Gerard Pique 4th with 909 and with Fernando Torres in 5th with 903.

Written By
Felipe
More from Felipe
Can't afford Ă‚Ĺ99 for a pair of new football boots? Then enter...
Read More