Whilst many expected Warrior to brush their signing of Welsh international Craig Bellamy under the rug after he transferred from Warrior-sponsored Liverpool to Cardiff (including ourselves), the US-based brand have gone the opposite way with this incredible pair of custom boots. 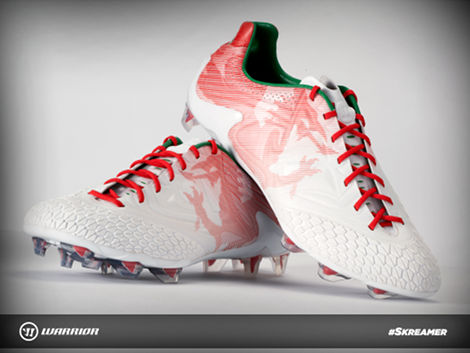 Designed to celebrate the fact that Bellamy was Warrior’s first acquisition, Warrior styled these Skreamer' S-Lites in honour of the journeyman striker’s Welsh pride. 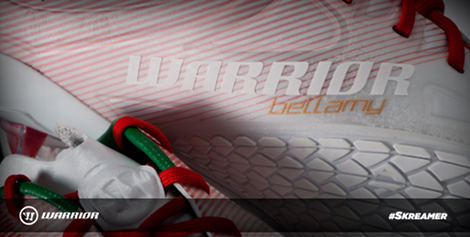 Bellamy's bespoke Skreamer boots are predominantly white with splashes of red and green to give them a distinct Welsh look and feel. Paying tribute to Bellamy's Celtic roots, a Welsh dragon sits on the lateral side of the boot, while a distinct Triquetra symbol is imprinted on the medial side. 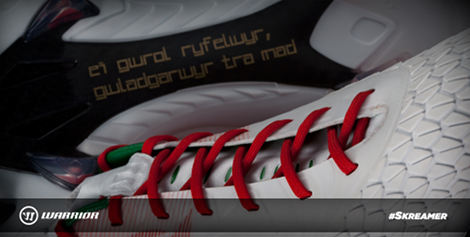 Lines from the Welsh national anthem have been etched in gold across both soles. Inscribed on the right boot reads, Mae hen wlad fy nhadau yn annwyl i mi„(the ancient land of my fathers is dear to me), while Ei gwrol ryfelwyr, gwladgarwyr tra mÄ‚Ëd„(her brave warriors, patriot much blessed) is written on the left. Bellamy says the boots showcase his pride and passion for Wales. 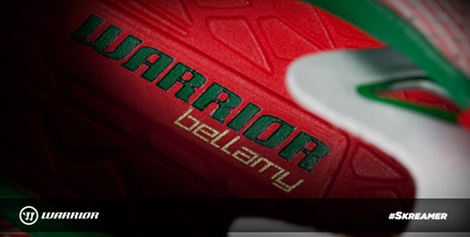 After wearing adiZeros in the time that Warrior were developing the Skreamer, Bellamy debuted his bespoke model in Wales’ friendly with Austria earlier in the month, and Warrior were gracious enough to grant us these photos of what we’re sure you’ll agree is an incredible signature design.

What do you think of Warrior’s first signature boot?