Cristiano Ronaldo collected his fourth Balon d’Or trophy in 2016. A year that saw him win the Champions League and lead his country to success at Euro 2016. To kickstart 2017 was also named the world’s best player at the inaugural Best Fifa Football Awards in Zurich. To mark CR7’s achievement, Nike have released a limited edition boot – The Superfly Vitórias. 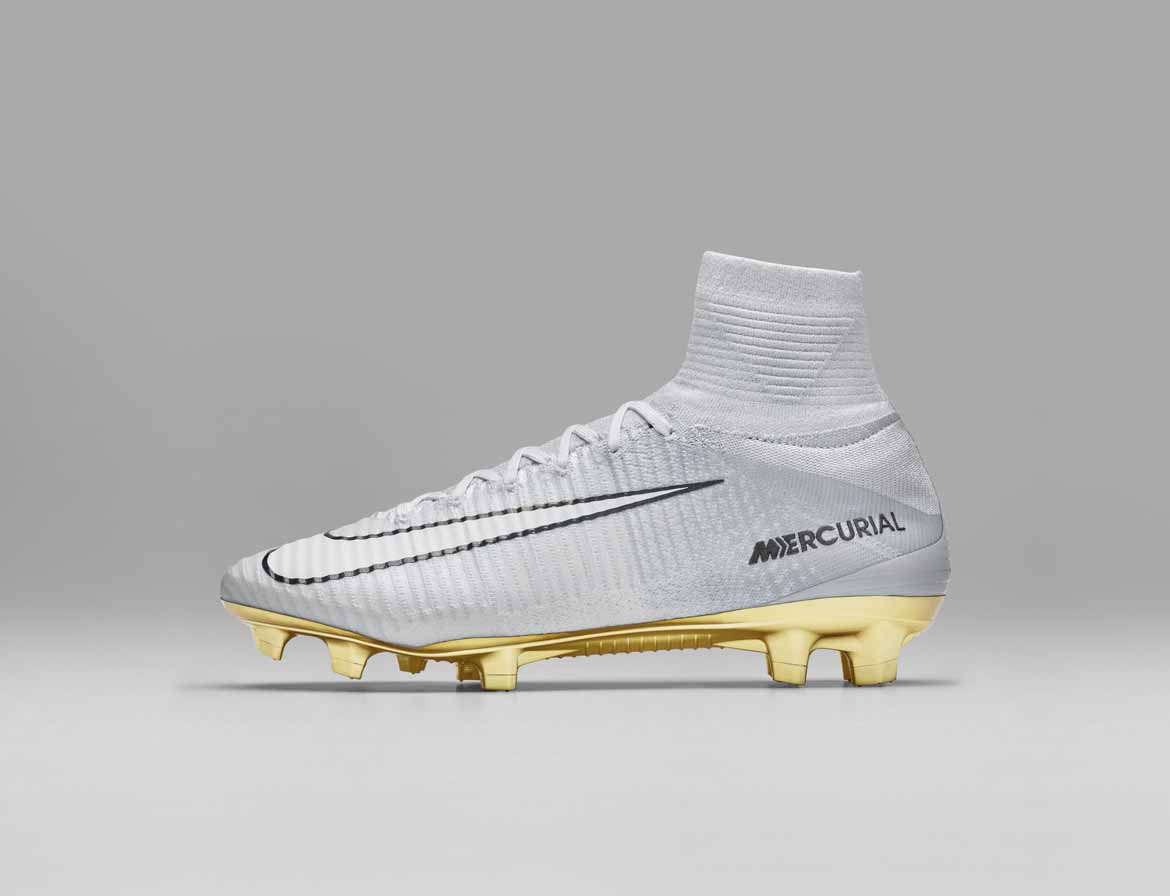 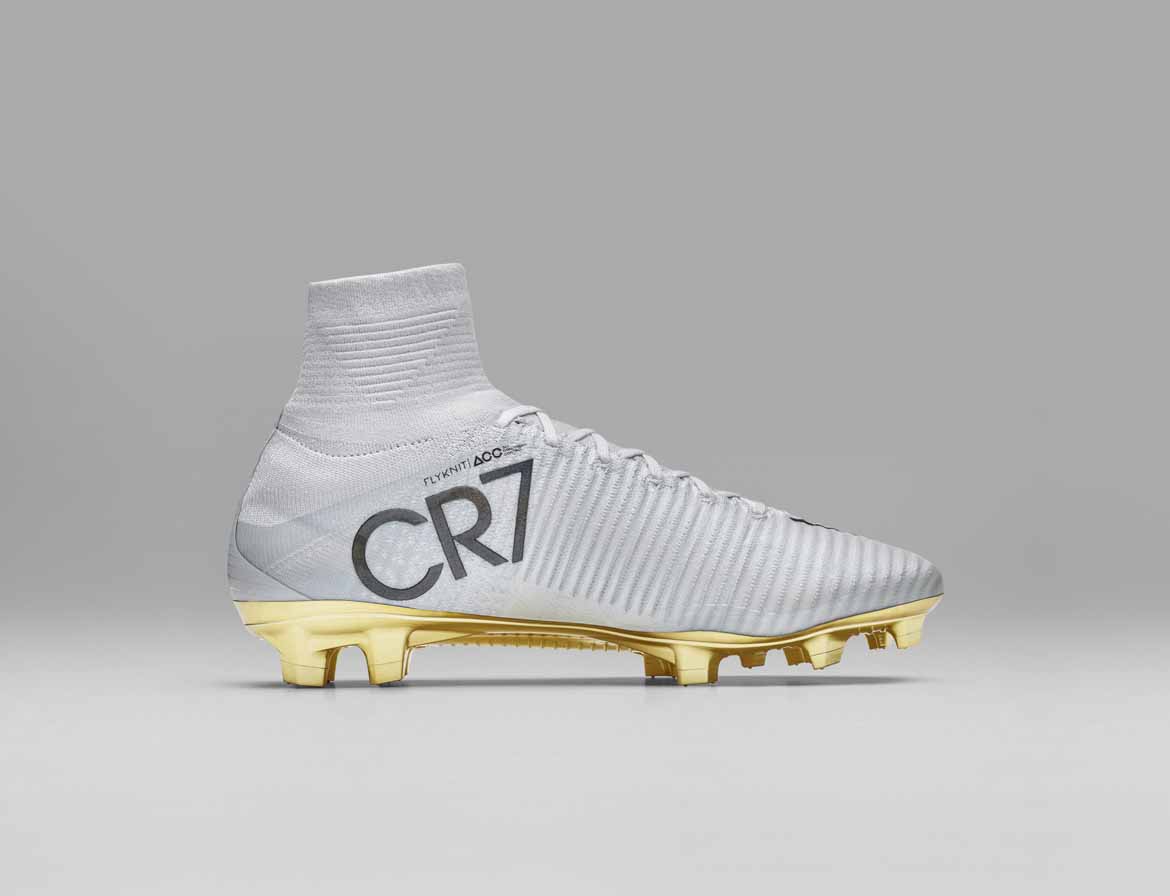 The new boot is named ‘Vitórias’ and comes with a classy Pure Platinum upper with a subtle blue metallic shine and an elegant fade from heel to toe.

The Metallic Gold soleplate is a nod to the gold trophies Ronaldo won this year and the heel graphic reads “Vitórias,” Portuguese for victories. The CR7 logo and Swoosh are further highlighted by an iridescent shimmer. 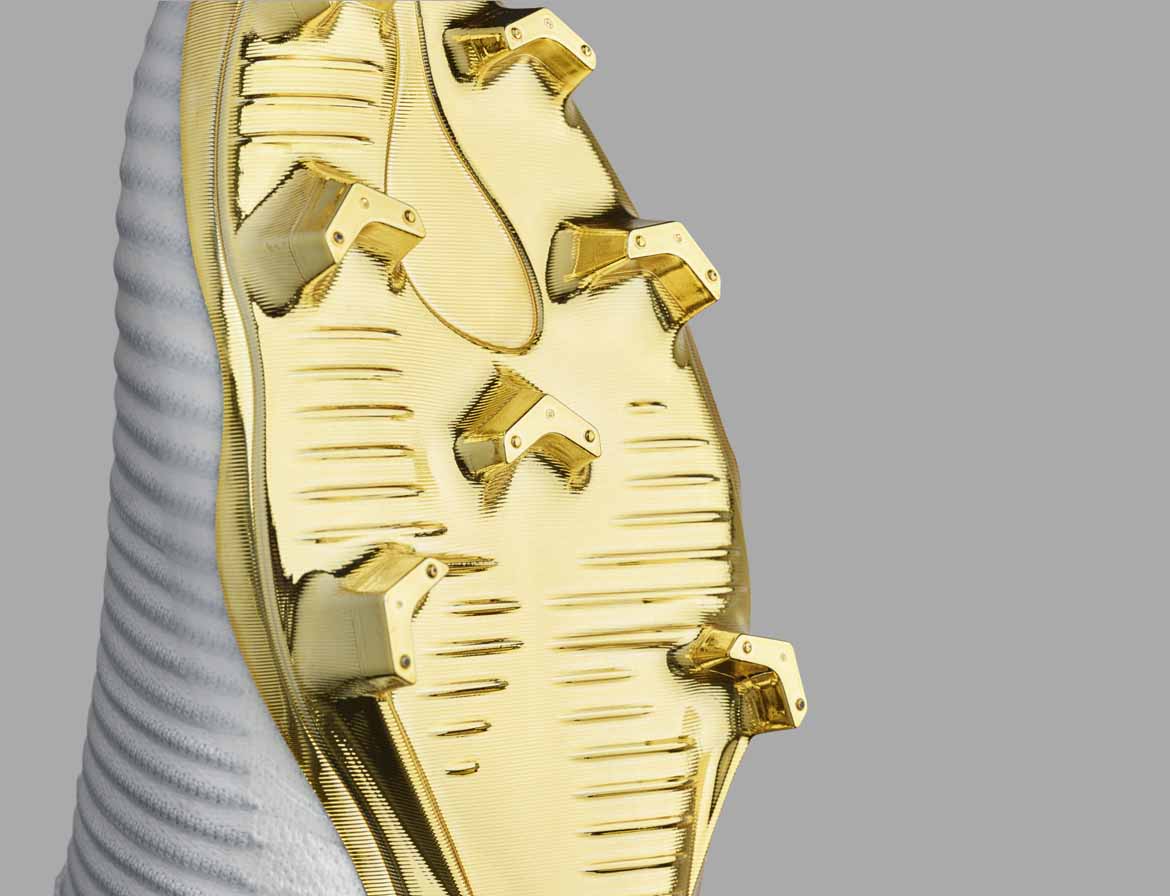 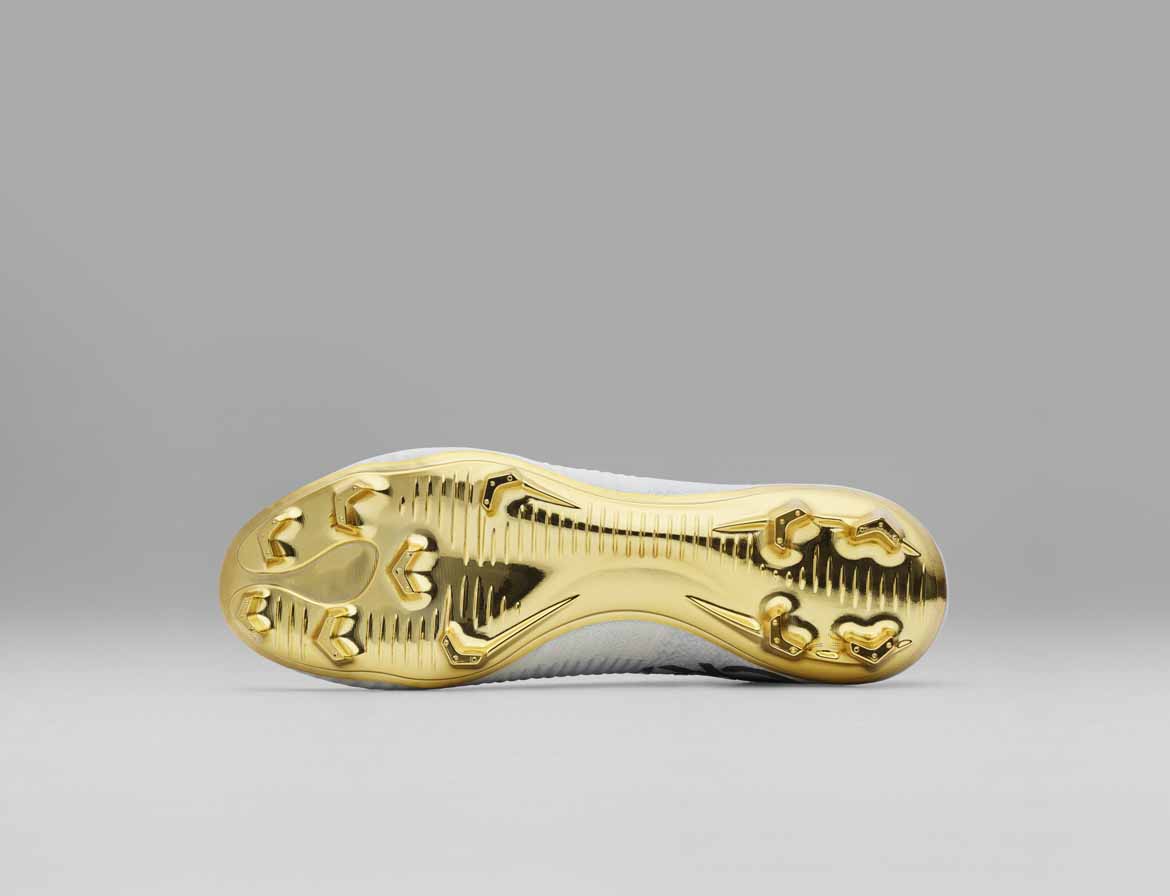 The boot features and technology remain unchanged for the Mercurial Superfly V, the most advanced boot technology wise, that Nike have ever produced. Combining science with design, Nike have developed a boot where all components work together with one purpose: to allow the player to reach his full potential. The Mercurial Superfly V are lighter and stronger than ever before. 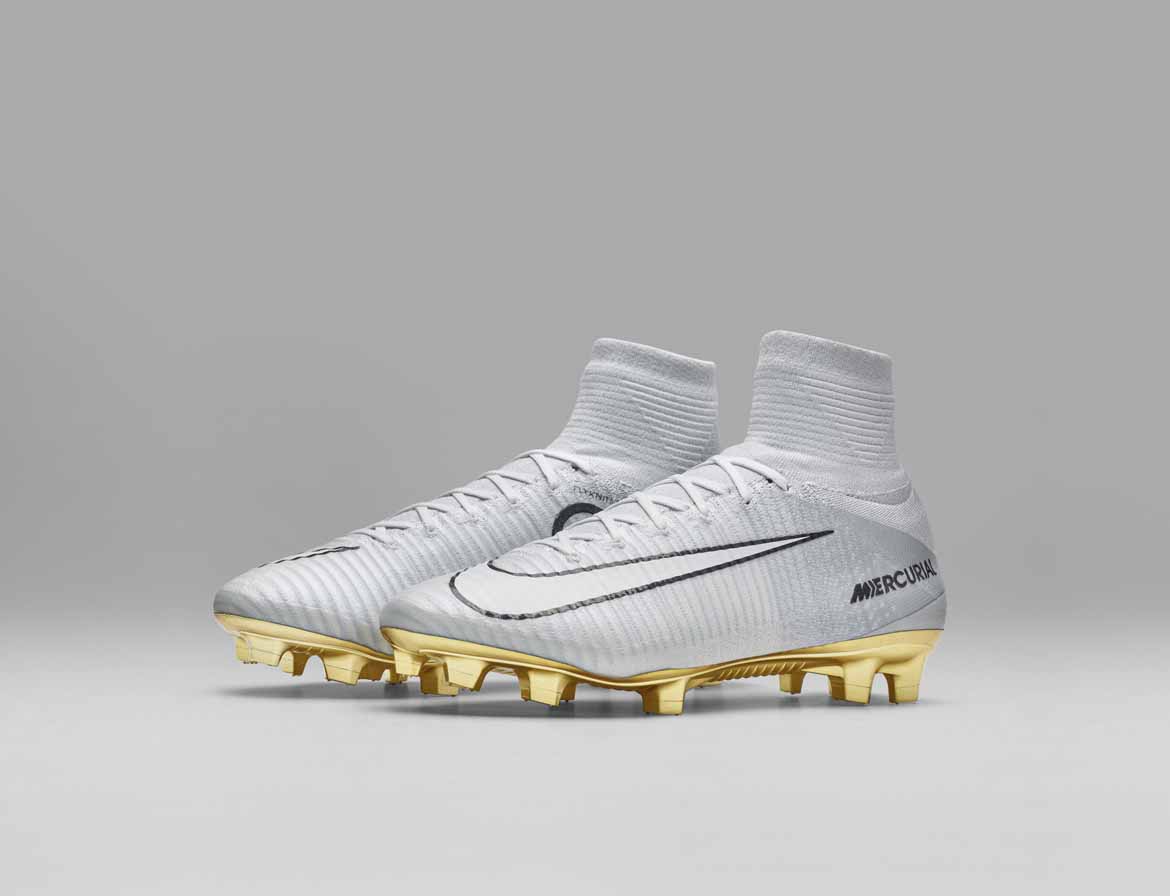 The Flyknit upper and Nike Grip System combine to provide a locked-down fit. The Flyknit yarns integrate areas of stretch, support and breathability for a second-skin fit.

Integrated textured speed ribs create the friction you need for maximum ball control and high-speed touch in all conditions.