Cristiano’s shift into the number 7 shirt sparked his road to greatness, with nike paying homage to the Portuguese legend with the 4th chapter in the Cr7 series.

The CR7 series has been hugely successful so far. With each chapter released, comes a different inspiring story from Cristiano’s past. This story in particular, is one which took the footballing world by storm. After a glittering performance against Manchester United, the opportunity to sign 18 year old Cristiano Ronaldo came to (then) Manchester United Manager, Sir Alex Ferguson, who jumped at the chance and gave him the opportunity to wear that famous number 7 shirt. From that day forward, Ronaldo has Forged himself into the history books to become on the worlds best footballers. 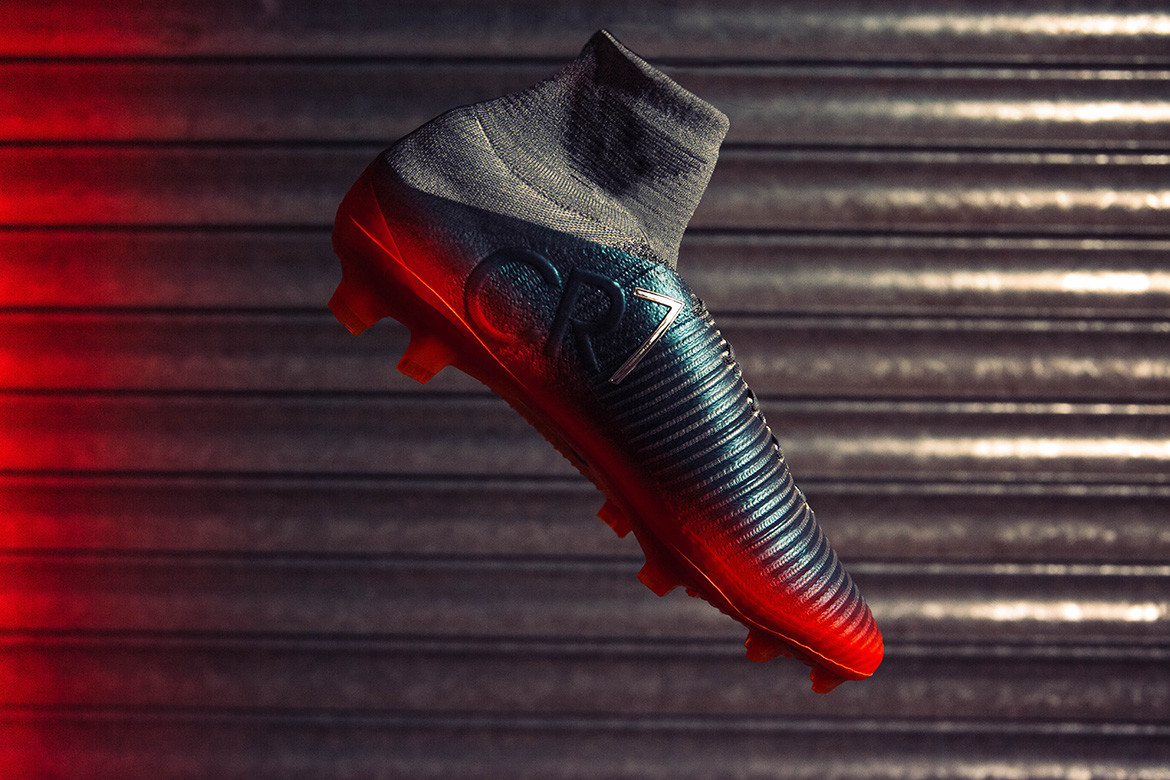 We’ve seen people and brands pay homages to footballers in recent years, some of them being disastrous, *cough That Ronaldo statue at Madeira Airport *cough cough. However Nike wanted to make sure that  great story was backed up by a great product, and boy did they nail it! The CR7 Chapter 4  Mercurial Superfly bare the colours of a hot iron being forged, representing Ronaldo’s shift into the famous number 7 role at Manchester United. People say that this was Ronaldo’s big break, a huge stepping stone in his road to success, and we can’t argue with that. 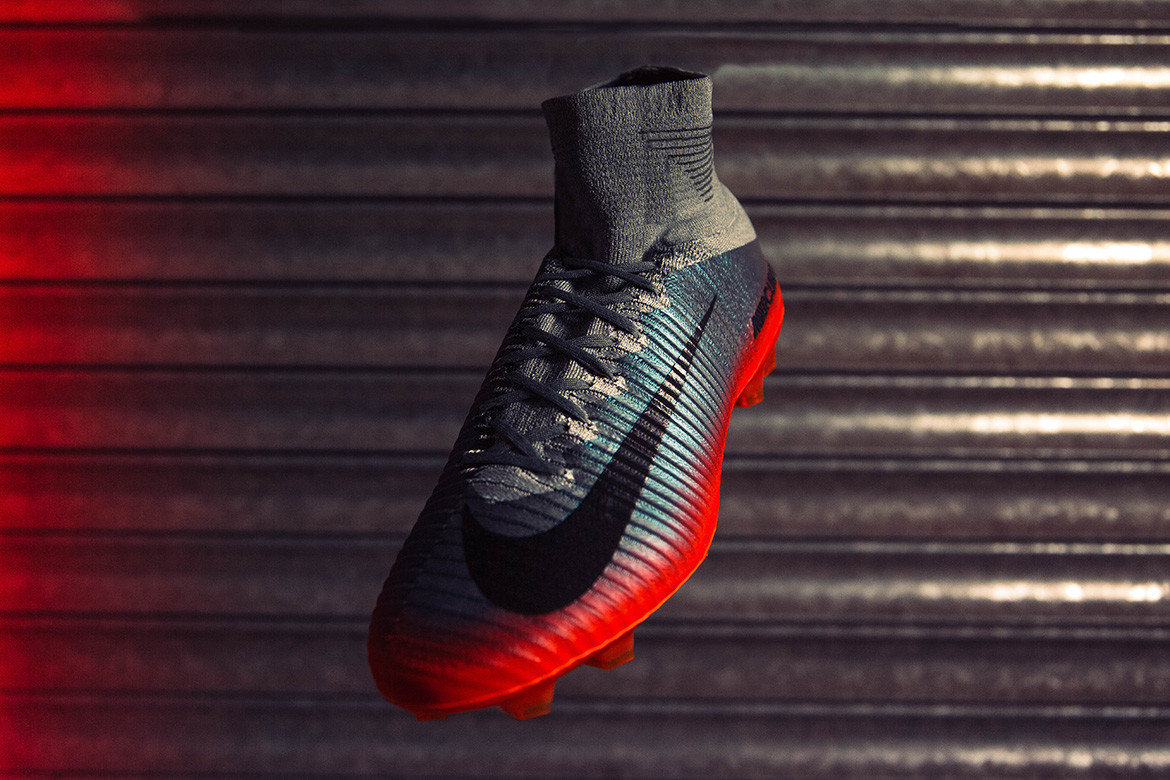 The boots wear a complete Flyknit upper with Integrated textured speed ribs to create the friction you need for maximum ball control and high-speed touch in all conditions. Nike Grip System sits inside providing that ultimate lockdown fit. The CR7 Logo features a prominent against the tonal CR lettering to highlight his shift to the number 7 shirt. 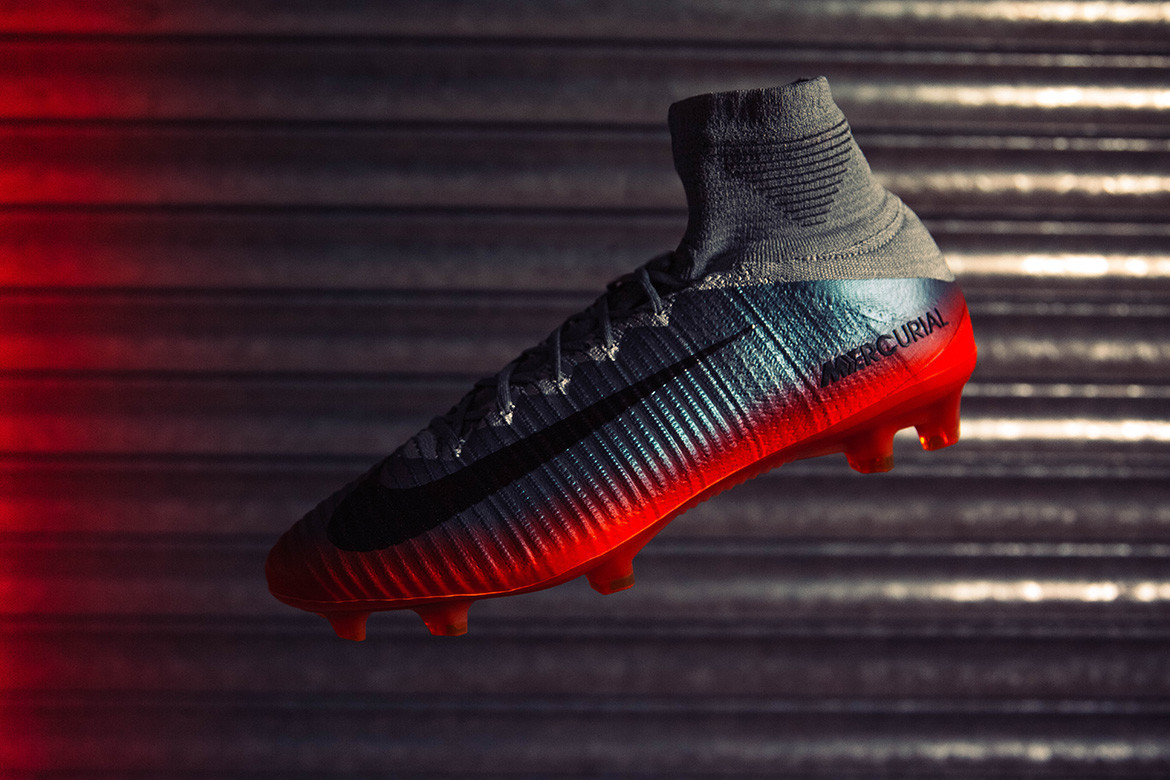 The hot iron soleplate has been re-engineered to naturally fit your foot, giving you that explosive speed. On the plate bears Precision-placed studs which enable quick starts and stops, useful if you’re the type of player that likes to run at the defence. The overall look and feel to this boot pays the perfect homage to Cristiano and his footballing career.

Written By
Josharkon
More from Josharkon
The iconic Oporto blue and white stripes return for another season in...
Read More