The CR7 series continue to chapter 4, with Nike marking his shift to the number 7 shirt at Man Utd. A time where Ronaldo stepped up to greatness.

Fresh faced, 18 year old Cristiano arrived at Manchester United to be told by their iconic Manager,  Sir Alex Ferguson, that he would not be wearing his original number 28 shirt, instead he wanted him to put in the number 7.

Alex Ferguson said to me: Listen, I want you to take number seven, recalls Ronaldo. I was surprised because I knew the guys who had worn that shirt

Ronaldo quickly established himself in the number 7 shirt, becoming one of the most deadly and best players in the world. Ronaldo admits it was the beginning of his success in football, and Nike show that perfectly well with his latest Mercurial Superfly V Boots.

It was the beginning of my success in football,” says Ronaldo. “I improved not just my skills, but my body too.

You’d need some pretty hot boots to back up a story like that, and Nike have definitely delivered! 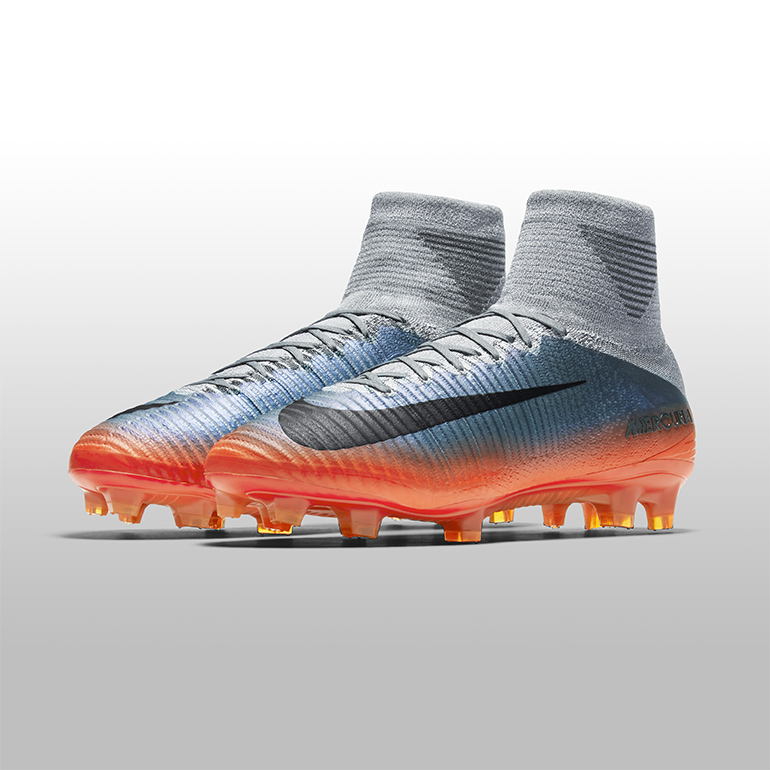 Representing a hot iron being forged into shape, the new Mercurial Superflys are a thing of beauty. Molten-esque orange and red gradients on the plate transition into metallic tones of the color-shifting upper 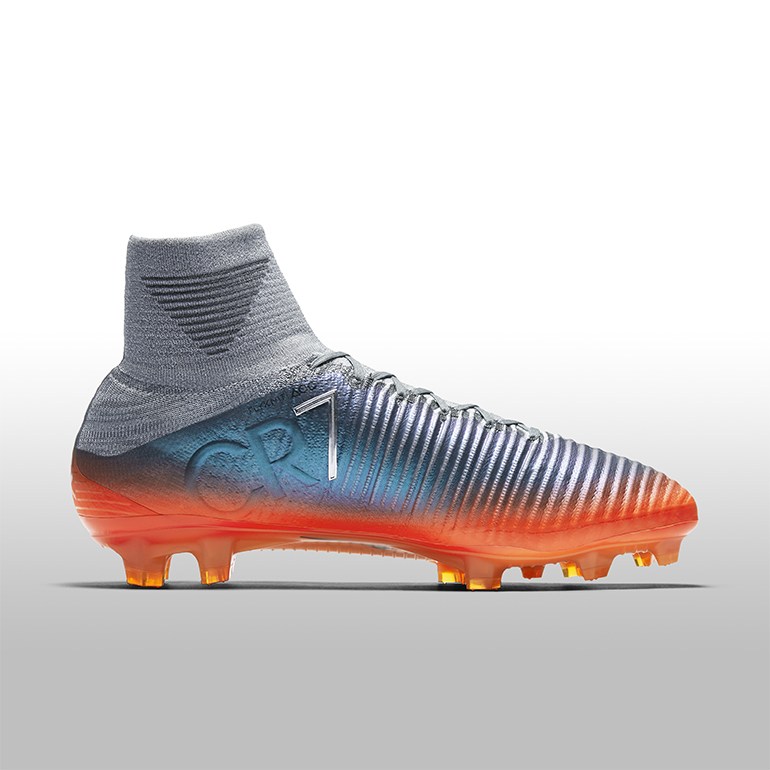 The CR7 Logo features a prominent against the tonal CR lettering to highlight his shift to the number 7 shirt, a very nice touch from Nike. 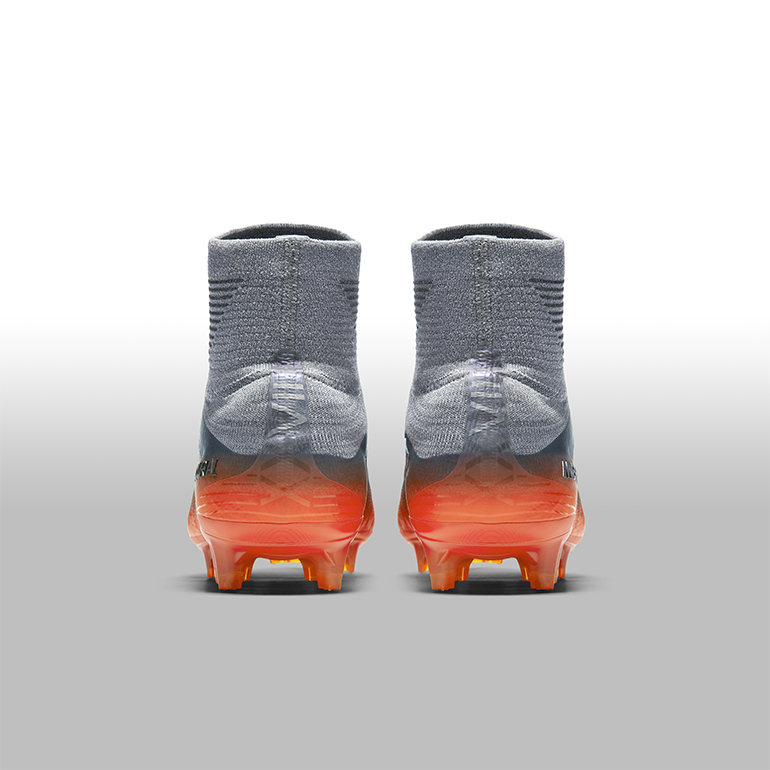 A subtle but great finish to boots come in the way of roman numerals added to the heel. These numerals read out the number 28, with the VII of the XVII highlighted to reference the emergence of seven from 28.