Nike have never exactly been shy when it comes to picking colourways for star-man Crisitiano Ronaldo to wear as signature models – but the Summer ’13 edition of the CR Mercurial Vapor IX is the boldest yet!

A continuation of the ‘Love to Win, Hate to Lose’ theme that defined the CR Vapor VIII, the CR Mercurial Vapor IX not only builds it’s design around Ronaldo’s desire for victory, but chooses a colourway inspired by his love of explosive speed. 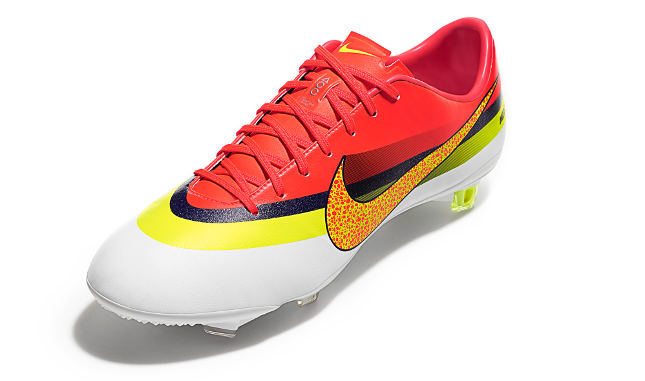 Not only is Ronaldo lightning with and without the ball, he’s also found inspiration in speed from other players in the game and in other sports – and it’s that love of all things fast that is at the heart of the CR Mercurial Vapor IX and the accompanying apparel collection.

Designed to give the impression of motion blur, white, neon orange and yellow clash with an indigo stripe through the middle of the boot that fades towards the rear. 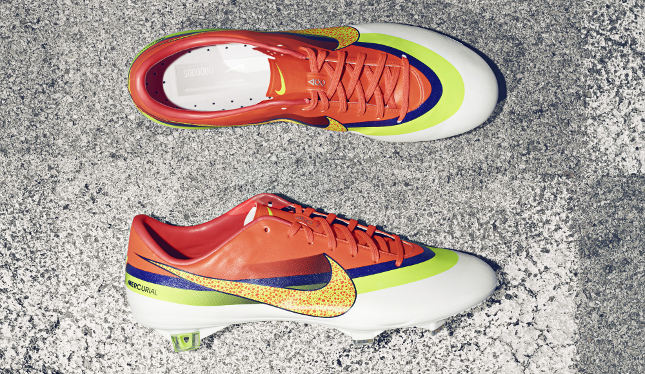 The Nike safari print also makes its return to the boot, filling out the Swooshes on the instep and medial sides of the boot. Nike say the CR Mercurial Vapor IX‘s safari colours of yellow and orange were inspired by the Superfly II from 2010 – and we don’t think it’s a co-incidence those were the two ‘pop’ colours on the first Ronaldo-signature colourways. 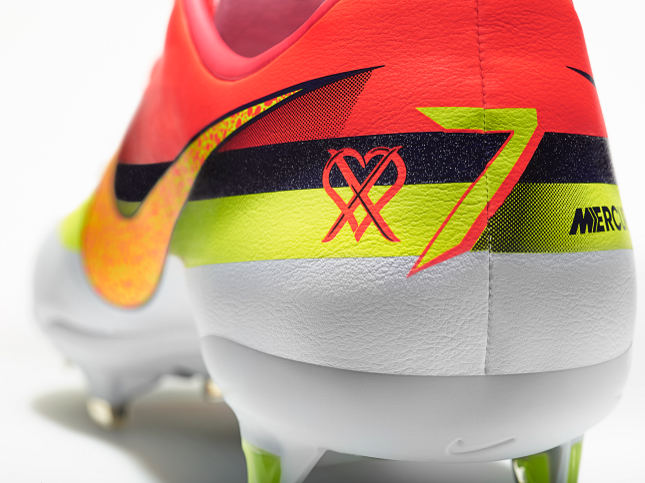 From a technical point of view, the CR Mercurial Vapor IX boasts a leather-like upper – something we know Ronaldo prefers – as well as the celebrated All Conditions Control (ACC) technology. Now used on all Nike boots, ACC ensures a consistent touch whether playing in wet or dry conditions weather. 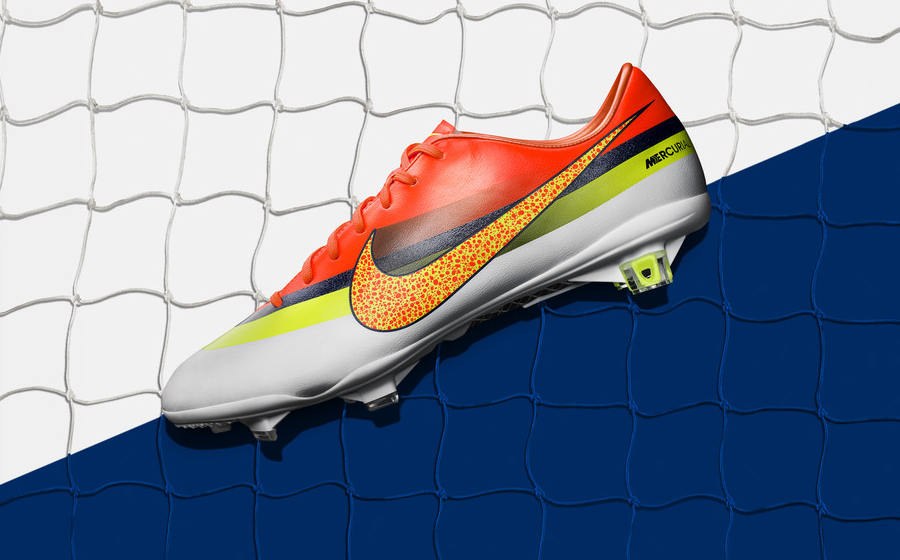 Horizontal black and neon yellow lines link the shoe to the collection’s overarching inspiration of speed. The “love to win, hate to lose” logo on the heel is a nod to Ronaldo’s inspiration as he explodes past how opponents on his way towards goal.

Launching on April 11, the CR Mercurial Vapor IX comes as part of a larger Nike/CR7 collection, which we’ll be taking a look at after the weekend.

Written By
Kyle Elliot
More from Kyle Elliot
Football United on the Weekend Review as Planet Soccer comes together to...
Read More